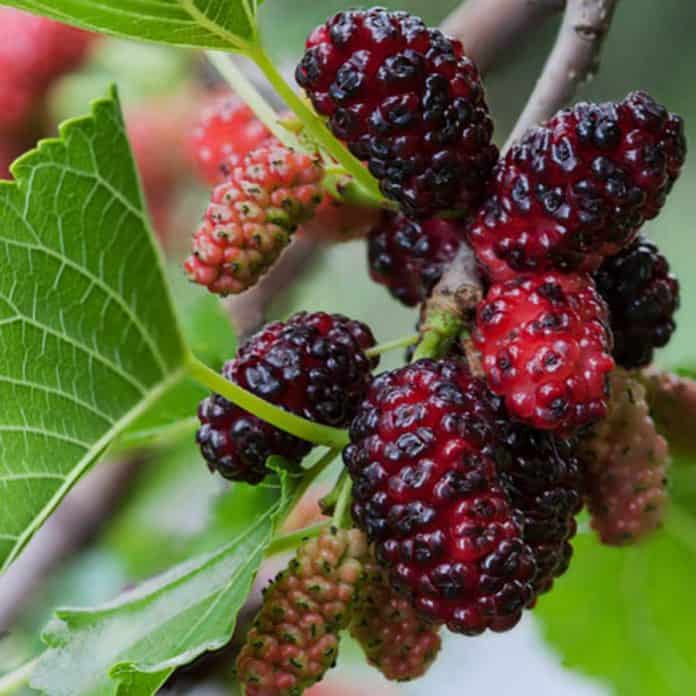 Mulberry (Morus alba) leaf and stem come with a long history of success in traditional medicines. They have been used for a variety of blood and metabolic disorders. Modern research is now finding that extracts from mulberry leaf and/or stem can seriously help correct conditions related to diabetes, poor cholesterol and weight gain.

Let’s take a look at some of the research:

In a 2016 clinical study, researchers tested 38 type-2 diabetes patients. They split the patients into two groups. For six months, one group was given an extract from mulberry stems. The other group was treated with the diabetes drug acarbose.

Acarbose is a drug that has been shown to reduce and help control blood sugar in diabetes patients. The drug also comes with side effects that can include allergic reactions, swelling of the face, throat or mouth, severe itching, stomach pain, severe constipation or watery, diarrhoea stools. The drug can also produce bleeding in other parts of the body.

This is called glycaemic control – when blood sugar levels don’t spike so much and the blood sugar is in better control.

However, the difference is the mulberry group did not have any adverse side effects, while a full third of the acarbose group complained of adverse gastrointestinal effects.

“Compared with acarbose, SZ-A [mulberry stem extract] tablet was effective and safe in glycaemic control in patients with type 2 diabetes.”

Research from Italy’s F. De Ritis Institute and the Catholic University of Sacred Heart has determined that a traditional herb used for thousands of years can significantly help stimulate weight loss among obese or overweight people.

The researchers tested 46 overweight people for 90 days. They divided the subjects into two groups. Both groups were given an identically “balanced” diet plan that consisted of 1300 calories per day.

In addition to the diet, one group was given 2.4 grams of white Japanese mulberry extract per day, while the other group was given a placebo. Both groups were followed and tested every 30 days for weight, along with waist and thigh circumference measurements.

The researchers found that the group given the mulberry extract lost an average of nine kilograms (almost 20 pounds) in the three month period. Meanwhile, the placebo group lost about a third of that weight – about 3.2 kilograms – during the period.

The average weight loss among the mulberry group equated to about 10% of their total body weight over the three months.

The extract was a meristematic extract. This means that the apical meristem was used – which is located in the buds, shoots and young leaves of the plant.

Mulberry leaf has also been found to restore healthy cholesterol levels. In a study from Thailand’s Chulalongkorn University, 23 patients with high triglyceride and LDL-c levels were given 280 milligrams of mulberry leaf tablets three times a day for three months.

Another study found that three months of 280 milligrams per day of mulberry leaf supplementation significantly reduced triglycerides and LDL-c levels. C-reactive protein levels were also reduced in more than half the patients.

How does Mulberry work?

This effect was confirmed by the researchers, as they found the mulberry group’s blood glucose and insulin consumption curves were significantly lower at the end of the study compared to the beginning of the study. The researchers stated:

Asian silkworm producers have fed their silkworms with mulberry leaf for thousands of years. But this hasn’t been the only use for the mulberry tree. Traditional Chinese medicine has utilised mulberry leaf to reduce respiratory issues, inflammation, blood sugar issues, and constipation for centuries.