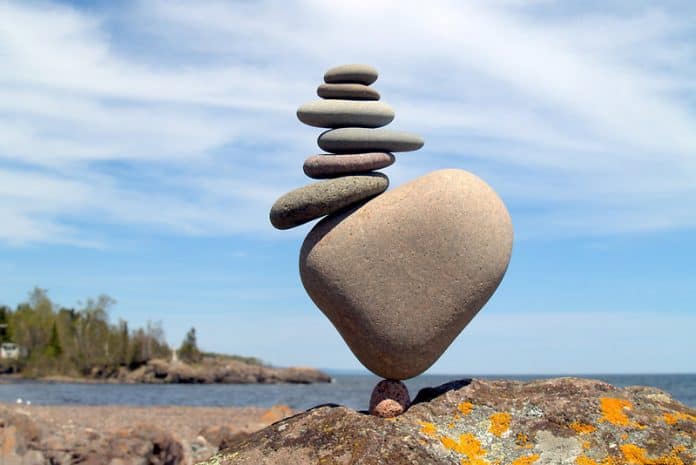 For Sheryl Utal, she never truly felt well. Throughout her childhood and into college, she struggled with muscle and joint pain, dry skin, constipation and fatigue. Doctors always told her to simply “toughen up” and dismissed her symptoms. It wasn’t until she was diagnosed with Hashimoto’s — an autoimmune disorder of the thyroid gland — at the age of 25 — that the pieces of the puzzle finally began to fit together.

Sheryl isn’t alone in her struggle with autoimmune disease; an estimated 22 million Americans are battling some form of dysfunction, 78 percent of whom are women, and the numbers are rising.

The occurrence of autoimmune disorders — such as lupus, Crohn’s, coeliac, rheumatoid arthritis, type I diabetes, multiple sclerosis and more — has nearly tripled over the last four decades.

Even so, there is hope. People like Sheryl, among many others, have discovered that mind-body practises can have a powerful impact on healing and the overall quality of life.

Loving Yourself and Finding Inner Balance With Yoga

Once Sheryl was diagnosed, she began a journey of various medications, supplements and diets to improve her health — but not everything worked. In her own words, she was “sick, very sick.” Nevertheless, today she is no longer on medication and considers herself healthy. She feels the catalyst for this improvement in her health was her yoga practice.

Once she was regularly practising yoga, Sheryl began to realise how remarkably beneficial it was for circulation, detoxification and lowering stress levels — to the point where her health began to improve.

“My yoga practice forced me to pay attention to what was going on in my body. If I ate well for example, it showed in my practice. Repeatedly practicing the same asanas every day began to reveal what was working and what wasn’t as I made changes in my diet and supplement plan. Yoga revealed how my body really felt.”

Over time, Sheryl’s yoga practice inspired a profound shift — which in turn, dramatically affected her health.

“On top of it all, in the stillness of my practice, once my mind became quiet, I was able to drop my gaze inward and I began to love myself. I let go of resentment and fear not only for the thyroid disease but for other unhealthy attachments that I once had and from there I found gratitude. I found gratitude for my journey, for the beautiful able body that I have and I discovered that if you stay connected and present, breathe deeply and learn to love yourself you become well.”

Turning Your Life Around With Mindfulness Training

Leslie Contreras Schwartz was also diagnosed with an autoimmune disease, but instead of using yoga to get her life back, she employed a mindfulness training protocol called Dialectical Behavioral Therapy (DBT). The technique “is an aggressive rechanneling of the thought process through intense study of the way we think and behave.”

Leslie’s disorder — Sjögren’s Syndrome — causes an extreme lack of moisture in the body, which can trigger severe dryness in the mouth and sinuses. Digestive issues, arthritis, sun sensitivity and fatigue often accompany the disease. For Leslie, it felt like a death sentence. There were days where she could barely move her legs, and her mind was continuously in a fog. The weakness caused her bones to break easily, her body and face swelled. Playing with her young daughter was out of the question.

After her husband gave her an ultimatum — find a way to return to the woman she was when he married her, or else — she discovered DBT, and her life was never the same.

“I learned to self-soothe with the senses in the middle of extreme emotions and to accept undesirable situations. I analysed my self-talk (“I’m a useless mother/wife/person”) and looked at its validity by writing extensive notes on my past successes, my best qualities.

“The practice of Wise Mind taught me to delay judgment against myself and others, instead looking mindfully at my own or others’ actions and thoughts. Lastly, one of the most helpful techniques I used was being able to live in the present, to appreciate and ground myself in everyday pleasures and to base decisions on the here and now. Putting my daughter to bed was suddenly enriched by the smell of her hair, the curve of her bottom lip, the shift of her chest as she fell asleep.”

She also learned a method called Opposite Action — where, in times of stress, you do the exact opposite of what you feel like doing. If you don’t want to clean the house, you clean the house mindfully. By applying this approach regularly, you find you actually have come to enjoy “the dreaded chore.”

Moreover, Dialectical Behavioral Therapy has been shown to create substantial changes in the brain. A 2007 study published in the Journal of Psychiatric Research found that patients suffering from Borderline Personality Disorder had a decreased response to negative stimuli after practising DBT for twelve weeks, which was measured by brain blood flow and activity. Positive neural changes in the limbic and cortical regions of the brain — which control emotion, motivation and behaviour — were documented as well.

The impact of DBT has been life-changing for Leslie.

“Today, I feel more energetic and spirited than I did even before the illness. I will never completely overcome the disease and the depression, but mindfulness therapy empowered me to take control of my life and gave me back a sense of agency. All because I changed my way of thinking.”