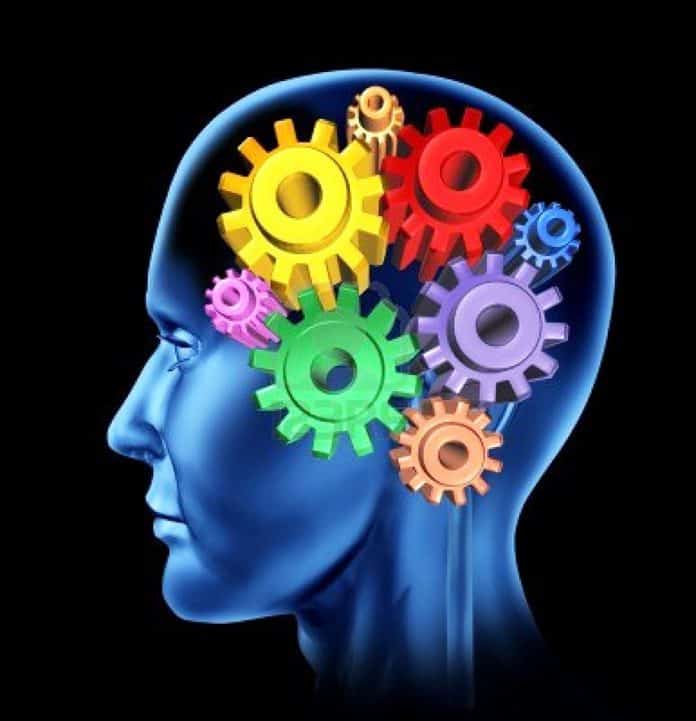 If you are like millions of other people suffering from depression, you’ve probably been told you need to take pharmaceutical drugs because your brain isn’t working properly. It simply doesn’t produce chemicals like serotonin, GABA, dopamine, oxytocin, and endogenous DMT or other tryptamines it needs for you to feel calm, safe, and happy. “Take this prescription, and maybe this one too,” they tell you, “and we can fix your broken brain.”

Many of us have tried this pharmaceutical approach to our depression or watched people we love try it, only to watch these drugs fail wretchedly. One might argue that it’s not astrophysics figuring out why these drugs don’t work. The FDA approves new depression and pain meds all the time without a modicum of scientific integrity. The sugar pills we are given contain health-harming chemicals that alter our digestive system, damage our delicate nervous system, alter adrenal function and more. But when you are in pain, you’ll do just about anything to stop it.

And so, these medications might relieve some pain after taking a high dose for a time, but somehow depression always rears its ugly head again.

And because we’ve been told that our brains are broken and that these medications will fix them, we feel even more flawed when they start to fail us.

If you’ve ever been on a maximum dose of an antidepressant or anti-anxiety medication, or watched someone you care about take them only to observe them plummet into new lows, you know exactly what this vicious cycle entails.

You know how despondent someone can become knowing that the one thing they’ve been brainwashed to think can help them is now failing.

Here’s the reality, though. That reaction to antidepressants isn’t strange. It’s pretty normal. Common even.

Leading scientists are now finally admitting that the “chemically imbalanced” brain notion is bunk. This fact has largely been proven already in clinical trials of these drugs. They use something called the Hamilton Scale to determine where you lie on a continuum between pure ecstasy and suicidal tendencies. Just as a reference – getting enough sleep can bump up your Hamilton score by 6 points. Eating high quality, organic, plant-based food can bump you up another 6 points on the Hamilton scale. Listening to music you love, or spending time with friends can bump you up several more points – closer to joy and further away from despondency and depression.

And unsurprisingly, the FDA has passed drugs which offer a statistically insignificant rise on the Hamilton Scale (HAM-D), of someone’s overall mood. In some cases, less than a .01 change and the FDA says that the company making the drug can sell it without worry of legal recourse. The FDA’s own guidelines aren’t even clear on what a statistical relevance amounts to, in order to give a drug a green light. Moreover, a drug can be tested an infinite number of times to get a “positive” result – meaning it alters the HAM-D scale, while negative results in the dozens or even hundreds can simply be thrown out.

But none of these facts stop Pfizer from stating in a television advertisement for Zoloft that “depression is a serious medical condition that may be due to a chemical imbalance,” and that “Zoloft works to correct this imbalance.”

All this aside, the chemicals in our brains are only responding to the deeper, more profound reasons that we are depressed. We don’t have “generalised anxiety” or “clinical depression.” We have an epidemic of abuse, poverty, and extrinsic value being forced down our throats – along with a general disregard for human connection and empathic contact.

Only two of the nine factors which can cause depression are biological.

For example, Professor Tim Kasser in Illinois has conducted research which points to two important causes of depression.

An intrinsic motivation to do something would amount to wanting to learn to play the piano because you love the way the instrument sounds, and you want to someday play a little like Beethoven just to challenge yourself.

An extrinsic reason to learn to play the piano would be because you feel guilty that your parents plopped down hundreds of dollars for lessons, even though you have no real interest in playing or because you won’t be able to pay the rent on your dilapidated apartment with the funds you get from playing in a dive piano bar.

Our society is dominated by extrinsic values. We are constantly being primed to believe that buying, consuming, showing off, or demonstrating how we look on the outside will bring us joy. But this machinery of the advertising industries who want to keep us as consumptive slaves inculcates extrinsic value.

Other non-biological causes of depression?

Not having access to fulfilling work. Enduring childhood trauma. Living through poverty.

We can see an example of this play out in the work of Dr. Vincent Felitti in San Diego who was commissioned to undertake research on obesity. He worked with people who were extremely obese – more than 400 pounds. Felitti decided to just give them no food for a while, and to support their health while they lost weight with vitamins and nutrients they needed. Participants were medically supervised during this amazingly simple process. And they did lose weight. People who started out at 400 pounds would get all the way down to 130 pounds. But then something equally as startling happened.

The individuals who lost all that weight, once they came off the research program, started to quickly put it back on again – within weeks. Dr. Felitti couldn’t fathom what was going on, until he asked one of his patients (called Susan to protect her identity) some interesting questions. He began with asking when she started to become overweight as a child. Susan said she couldn’t recall, but it was around the age of eleven. Dr. Felitti asked if she could recall anything in particular happening to her at that age. Susan replied; “Yeah, that’s when my grandfather started to rape me.”

Dr. Felitti discovered that 55 percent of the people in the group had been sexually abused and had put on weight in the immediate aftermath. What he realised this, he also realised that this thing that seemed irrational – extreme weight gain – in fact, performed a highly necessary function.

It turned out many of the obese women had been making themselves obese for an unconscious reason: to protect themselves from the attention of men, who they believed would hurt them.

Felitti suddenly realised: “What we had perceived as the problem – major obesity – was in fact, very frequently, the solution to problems that the rest of us knew nothing about.”

This begs the question – with massive unemployment, rampant childhood trauma which points to a seven-times-the-risk for depression, and a 4,000 percent increase for drug use, what is the collective psyche telling us about the world we live in?

We aren’t brain dysfunctional. Our brains are working exactly as they should – they are alerting us that something is stinkin’ wrong with the world we live in.

Many of us with depression can think back to multiple instances of child abuse, negligence, and abandonment. We were likely raised by narcissistic parents who themselves were abused.

If our parents happened to be fairy-tale perfect, society did its own number on us, either bullying the innocent, exposing us to broken families and rampant poverty, or simply mind-controlling the heck out of us into thinking that because we don’t fit the images paraded before us, we are somehow lacking or inferior.

Our brains are trying to help us live.

They become depressed and anxious because they are calling those wounds to the surface so that they can be healed.

If we keep medicating them, the wounds will only crash to shore with more vengeance, until we finally understand the Higher Purpose of pain.

Just as food can be toxic to our bodies, so can stress. Adverse childhood experiences coupled with real depression-instilling societal norms upheld today have created an epidemic of depression.

As Rumi said,“The light enters where the wound is.”

The clinical diagnosis of a “broken brain” is so off, we need a new definition for depression.

Funny how our brains can’t be tricked. Just forcing them to make more serotonin vis-à-vis an SSRI doesn’t magically make unhealed or unprocessed pain go away.

It turns out our brains are not only NOT broken, they are genius. They won’t relent, even with Big Pharma’s meds being shoved at them, until we heal our deepest wounds.

Instead of asking what is wrong with us, we need to start healing what has happened to us.