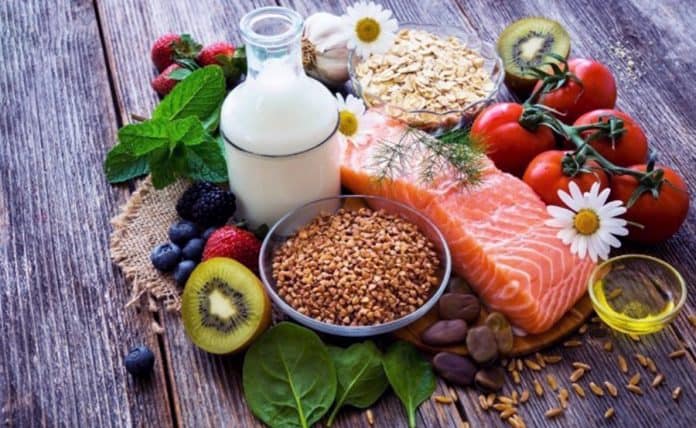 Iodine is a key component to health; since your body can’t produce it, you must get it from your diet. Deficiency affects your thyroid gland. Your thyroid hormones support proper bone and brain development in utero and during infancy. This means that getting enough iodine is critically important for babies as well as women who are pregnant or nursing.

If you have a severe iodine deficiency, your thyroid gland may become enlarged; this is a condition you may have heard about, called a goitre. There are two molecules that sound similar — iodine and iodide — but they are different. Iodine is naturally occurring, while iodide is an iodine molecule bonded with another element.At the pharmacy what you’re usually buying is an iodide solution for topical applications or use as a supplement.

The recommended dietary allowance (RDA) for iodine ranges from 110 micrograms (mcg) for babies from birth to 6 months of age and up to 150 mcg for men and women over 19 years. Women who are pregnant or breastfeeding have an RDA of 220 mcg and 290 mcg, respectively.

Iodine Is an Effective Antiviral and Antiseptic

It’s been known for some time that iodine can kill viruses. The most recent severe influenza pandemic was caused by the H1N1 virus in 1918. The CDC estimates 500 million people, or one-third of the population of the world at that time, were infected. Globally, there were 50 million deaths that doctors recognised were from the infection.

In the years following the outbreak, scientists searched for more information about viruses and agents that may be used to kill them. This is when iodine was discovered as an effective method for infection control. In his review of iodine history, Dr. David Derry, writes:

“In 1945, Burnet and Stone found that putting iodine on mice snouts prevented the mice from being infected with live influenza virus in mists. They suggested that impregnating masks with iodine would help stop viral spread. They also recommended that medical personnel have iodine-aerosol-treated rooms for examination and treatment of highly infected patients.”

The study he references was published in the Australian Journal of Experimental Biology and Medical Science in September 1945. Not long afterward, in the 1950s, povidone iodine made its debut as an “effective broad-spectrum antiseptic and disinfectant.”

For more than 50 years povidone iodine has been used in hospitals under the brand name Betadine.

It’s also sold for home use. Derry writes that the current means of dealing with a virus could be augmented by using iodine. Building on past research from Burnet and Stone, he suggests:

“Isolation techniques coupled with aerosol iodine would make them safer for patients, medical personnel, and all persons working with the public. Public health authorities could organise the distribution of iodine and at the same time educate the public in the effective use of iodine. Oral iodine might also boost body defense mechanisms in the upper oral and respiratory mucus.”

The mechanism of action may help explain how iodine is so effective at killing bacteria. Medical and health lecturer and doctor of oriental and pastoral medicine Mark Sircus writes that iodine can kill up to 90% of skin bacteria in 90 seconds.

He explains what else it does:

Iodine exhibits activity against bacteria, mould, yeasts, protozoa, and many viruses; indeed, of all antiseptic preparations suitable for direct use on humans and animals and upon tissues, only iodine is capable of killing all classes of pathogens: gram-positive and gram-negative bacteria, mycobacteria, fungi, yeasts, viruses and protozoa. Most bacteria are killed within 15 to 30 seconds of contact.

Over the years, doctors have found using a topical antiseptic could limit the need for antibiotics and therefore reduce the potential for developing antibiotic resistance. Researchers have found povidone iodine can effectively accomplish that task without slowing wound healing.

When applied to a wound it effectively kills gram-negative and -positive organisms. Some have also found it speeds healing in acute and chronic wounds. Iodine has specific characteristics that make it effective in wound healing, including a lack of bacterial resistance and how effective it is against biofilms.

But potential uses for iodine don’t stop there. Ophthalmologists have been applying it in preparation for eye surgery.Research into expanding its use began in the early 2000s after an anecdotal report was published connecting a brief eye wash with iodine and fast healing of viral conjunctivitis.

Researchers began testing the topical application of a combination of steroid and iodine to treat adenoviral keratoconjunctivitis, a type of viral conjunctivitis. After seven days in the study, animals treated with the iodine-steroid combination had a lower number of toxic symptoms and they shed less of the virus, which lowers the chance of spreading it to others.

You may know the condition as pink eye. Viruses are the root cause of 80% of pink eye cases and the adenovirus causes 65% to 90% of those infections. One complication of pink eye is the introduction of corneal subepithelial infiltrates that may cause pain and sensitivity to light.

The leaders of another laboratory study used bacteria cultured from corneal ulcers. In the lab they found that exposure to lower concentrations of povidone iodine (0.25%) could kill bacteria within 30 seconds. Yet, exposing Micrococcus luteus and Staphylococcus aureus to concentrations of 5% and 10% were less effective, taking longer to kill the bacteria.

An Imbalance May Increase Risk for Chronic Illness

You also need iodine internally. Globally, iodine deficiency disorders (IDD) affect 2 billion people, but only 50 million may present with clinical symptoms. Children are among the most vulnerable, as well as pregnant and lactating women.

The National Institutes of Health explains that iodine deficiency affects the production of thyroid hormone. Without enough iodine, children can experience poor development of their brain and nervous system. Even a mild deficiency may cause slight challenges with neurological development.

Conversely, too much iodine can trigger an enlarged thyroid gland, thyroid gland inflammation and thyroid cancer along with some of the same symptoms as a deficiency. In areas of the world where people get a higher amount of iodine in their food, such as in Japan and Eastern China, the prevalence of thyroid enlargement increases. Excess iodine can also induce hyperthyroidism, whereas too little can cause hypothyroidism.

The World Health Organization finds that “Iodine deficiency is the main cause of brain damage in children.” However, deficiency can also affect the neurological system of adults. People who have an iodine deficiency may suffer a 15-point reduction in their IQ, which can affect their productivity and ability to keep a job.

An imbalance of iodine affects your thyroid function, which in turn affects many other systems in your body. For instance, when your thyroid is not fully functional it can lead to heart disease.

If you suffer from hypothyroidism, it can slow your heart rate, make your arteries less elastic and raise your blood pressure.

Hyperthyroidism is less common and can cause your heart to beat faster and trigger an abnormal heart rhythm. The most common is atrial fibrillation, during which the upper chambers of the heart move in a disorganised fashion.

Before you experience effects on your heart, you’ll likely notice other symptoms of hypothyroidism. You might be tempted to chalk them up to getting older but see your physician to be sure. Signs of hypothyroidism include:

I always recommend that you get as many nutrients as possible from your food, and iodine is no exception. Some foods that are naturally iodine-rich include sea vegetables, prunes, raw milk and raw dairy products, eggs and Himalayan pink sea salt.

In addition to your thyroid gland, there are other tissues that are affected by iodine.

Cleaning With Iodine May Stop the Spread of Viruses

There are several ways to use iodine at home that may help slow or stop the spread of viruses. Consider looking for natural products to clean and sterilise door handles, phones and your hands. These can be especially helpful during cold and flu season.

Look for a povidone iodine throat gargle solution to help slow the spread of viruses and bacteria. By reducing your upper respiratory viral load, it may reduce the length of your cold and cough.

If you’re out camping, iodine tablets are one of the safer ways to sterilize your water. This is best used for only a short-term temporary basis since the additional iodine can affect your thyroid function.

*For further information and references, please visit below website.