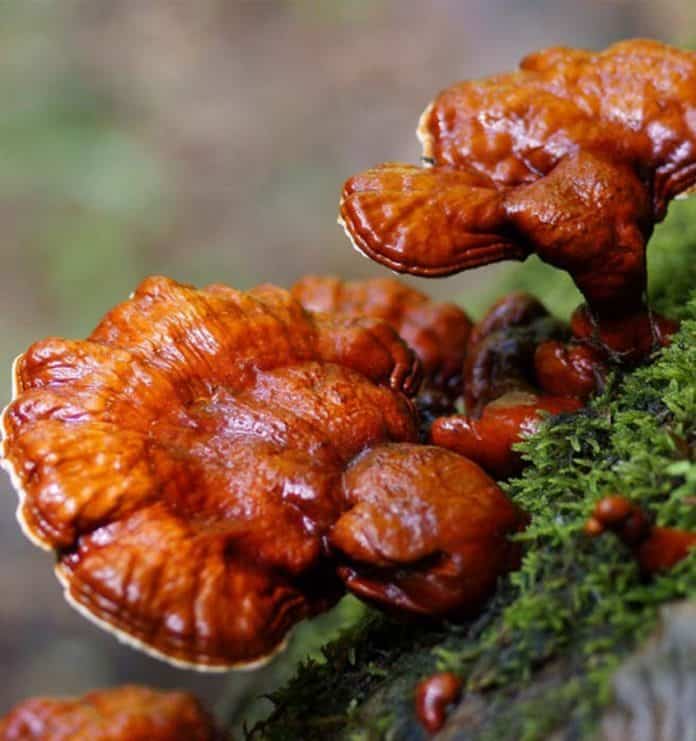 Studies have found that Lingzhi (Ganoderma lucidum) boosts the immune system, improves liver health, inhibits the growth of cancer and defers conditions related to mortality such as heart disease.

No wonder it was called the immortality plant. And it grows throughout the world, including in North America.

The researchers gave the subjects a panel of blood tests and liver tests before, after and during the supplementation periods.

These elements are related to longevity. Why? Because ageing is specifically related to oxidation levels. When the body has higher antioxidant status, this means the body can neutralise oxidation before it damages organs and tissues.

“The outcome of the present intervention demonstrated the antioxidation, anti-ageing and hepatoprotective [liver protective] nature of GL by effectively curbing oxidative stress.”

Other studies have confirmed Reishi’s ability to boost liver health. In a 2016 study from the Fujian Academy of Agricultural Sciences, researchers found that the triterpenoids from Reishi – called Ganoderma triterpenoids – reduced ALT (alanine aminotransferase ) enzymes by up to 51 percent, and AST (aspartate aminotransferase ) enzymes by as much as 33 percent. They also found the Ganoderma triterpenoids reduced oxidative damage to liver cells. The researchers concluded:

“Our results showed that Ganoderma triterpenoids had potent cytoprotective effect against oxidative damage induced by t-BHP in HepG2 cells, thus suggesting their potential use as liver protectant.”

“Taken together, these results indicate the possible use of Ganoderma lucidum extract for the therapeutic management of melanoma and human triple-negative breast cancer.”

A number of other studies have confirmed that Lingzhi inhibits a number of types of cancers. A 2010 review from Taiwan’s Tainan University of Technology analysed the research and found that Reishi inhibited cancer growth by affecting the following elements within cancer cells and tumour tissues:

Multiple studies have also shown that Lingzhi mushroom boosts endurance and physical fitness. For example, a 2015 study from Spain’s University of Extremadura studied 64 women with fibromyalgia. The women took 6 grams of Reishi per day or a placebo (carob tree bean powder) for six weeks.

The researchers tested the women’s fitness levels, along with endurance testing. The study found those who took the Lingzhi mushroom had a significantly improved physical condition. They had more endurance and better workout capacity.

“These results may indicate that Ganoderma lucidum might be a useful dietary supplement to enhance physical performance of the patients suffering from fibromyalgia.”

These studies and many others have confirmed what the ancient Asian healers knew about Lingzhi mushroom: It healed a number of disorders, helped prevent a number of diseases, boosts physical fitness and immunity, and lengthens lifespan.