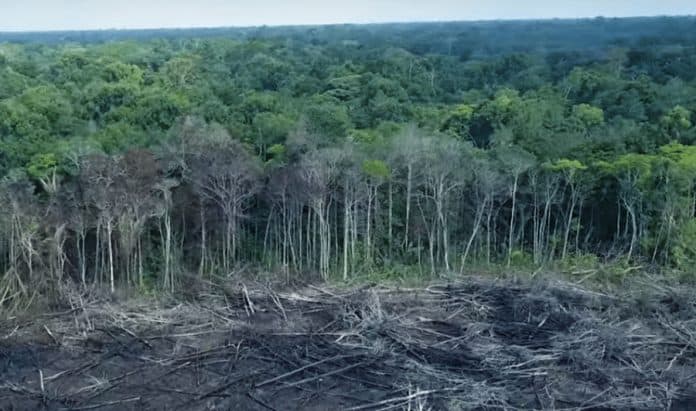 Peru has vowed to put an end to palm oil-driven deforestation by 2021, according to reports, in a move that is being hailed as a “momentous win” for wildlife and sustainable agriculture by conservationist group the National Wildlife Federation (NWF). The Andean nation joins Colombia in its pledge to produce the oil without deforestation.

Palm oil cultivation has been a booming crop across Latin America, but has also been one of the foremost drivers of deforestation in rural regions. The NWF partnered with local conservationist group Sociedad Peruana de Ecodesarrollo, as well as the Peruvian government and national palm oil Producers’ Association (JUNPALMA) for two years before making the announcement.

Kiryssa Kasprzyk, who led the federation’s campaign, said in a statement:

“This commitment is a momentous development for the people of Peru and the global effort to confront climate change. It underscores that we can feed the world without hurting biodiversity or clear-cutting tropical forests.”

Palm oil is a vegetable oil that is extracted from the fruit and seeds of the oil palm, also known as the African palm, and is a common additive on supermarket shelves across the globe.

Oil extracted from the fruit of the palm is not only used in foods like instant noodles, yogurt, ice cream, and wine, but is also used in biofuel and a range of household products including laundry detergents, shampoo and cosmetic goods like lipstick.

Roughly 66 million tons of palm oil are produced each year, driving a trend that has seen forests burned and land robbed to make room for plantations, contributing greatly to global deforestation and the displacement of rural populations.

Since 2000, the production of palm oil in Latin America has more than doubled, according to Al Jazeera.

In Peru this has translated to 140,000 hectares (or 540 square miles) of lost forest land in 2018 alone, putting the South American nation in seventh place in terms of forest loss, according to Global Forest Watch.

The expansion of palm oil production across Latin America has also driven land, labour and environmental conflicts in rural regions, with armed conflicts, water shortages and mass displacement resulting from the growth of oil palm plantations.

This, in turn, has been a driver of indigenous migration from the Global South to the north in countries like Guatemala.

Campaigners have also sought to shed light on the need to curb deforestation, which is toppling one of the world’s most important defenses against greenhouse gases like carbon dioxide. Deforestation is responsible for 10 percent of carbon emissions worldwide.

Palm oil production has also driven orangutans to the brink of extinction, with the species now classified as critically endangered. Bornean orangutan populations have fallen by more than half between 1999 and 2015.

The announcement by the federation comes amid increasing global awareness and sensitivity over the importance of responsibly managing, utilising, growing and defending sensitive habitats in South America and throughout the globe, including the Amazon rainforest, given forests’ importance in the fight to preserve biodiversity and combat rampant climate change.