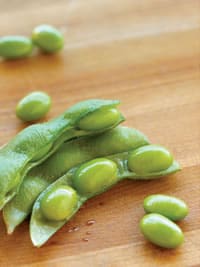 Is your hair thinning or falling out? When you look in the mirror, does it seem that the outer edges of your eyebrows have disappeared? Have you gained or lost weight without changing your diet? Are you tired all the time? You may be one of millions of people with undiagnosed thyroid disease.

Thyroid disease has become epidemic in the United States with numbers of confirmed cases at more than 12 million and estimates of undiagnosed cases doubling that number. With our overtired, fast-paced, malnourished, caffeine- laden, chronically-stressed-out lifestyle, and the radiation exposure from Fukushima, the perchlorate contamination of municipal and well water (trace amounts of this chemical used to make rocket fuel damage the thyroid), damage to the thyroid due to prescription drug use, and the explosion of auto-immune diseases, thyroid disease is on the rise. However, thyroid disease is often misdiagnosed, especially in the elderly, when clear symptoms of the disease are passed off as aeging, and doctors neglect to administer diagnostic tests.

So how do you know your thyroid may not be functioning properly? Who is at risk? And what are the symptoms?

Other diseases and conditions of the thyroid include: thyroiditis, an overall inflammation and swelling of the thyroid gland caused by a viral infection or an autoimmune disease; goiter, a singular non-cancerous swelling that can be associated with Hashimoto’s or an iodine deficiency; thyroid nodule, a small, abnormal, non-cancerous mass or lump that may secrete excess hormones causing hyperthyroidism; thyroid storm, a rare form of extremely high hyperthyroidism that causes extreme illness; and thyroid cancer.

Foods that benefit the thyroid

The thyroid gland must have iodine to produce T3 and T4. Good food sources include seafood, yogurt, milk, and eggs.

• Blackstrap molasses
• Seaweed
• Himalayan Crystal Salt
• Navy Beans
• Cranberries
Selenium is essential to the process of the body breaking down T3 into T4. Seafood, and meat are high in Selenium as well as many vegan friendly foods.

Foods to avoid when you have a thyroid problem

If you have hypothyroidism, medical professionals warn against eating raw cruciferous vegetables or suggest you radically limit their intake. Foods in question with hypothyroidism include: broccoli, cabbage, Brussels sprouts, cauliflower, kale, spinach, turnips, soy, peanuts, linseed, pine nuts, millet, cassava, mustard greens, asparagus, and sweet potatoes. They also recommend avoiding alcohol and tobacco, and while I agree with that, I don’t necessarily agree with the cruciferous vegetable recommendation. A varied diet of fresh, raw vegetables can fix almost anything, including any adverse reaction to the foods themselves. Though, obviously you have to use common sense; if you smoke, drink lots of coffee, or rarely get enough sleep then a large kale smoothie and a kale salad every day isn’t the smartest choice.

For those with severe thyroid disorders, occasionally (depending on the thyroid disorder and the person’s diet), cruciferous vegetables can be debilitating if not cooked first. It doesn’t take much heat to remove the glucosinolates and therefore the threat to the thyroid.

I know it’s being said to avoid wheat, but I have found that many people have to totally eliminate gluten before their thyroid will heal. Typically, people with issues towards gluten also need to detoxify and clean their intestinal system. And in every case of thyroid problems I’ve encountered, the person has needed B vitamins and a good whole food multivitamin/mineral supplement.