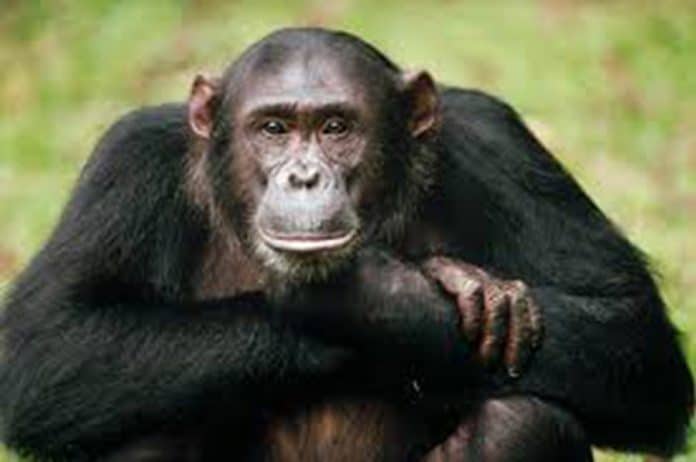 Humans have long thought themselves to be the smartest animals on the planet, but evidence continues to reveal that even with little shared DNA – animals are catching up, and perhaps even surpassing our own evolutionary intelligence.

Some philosophical perspectives suggest that this anthropomorphic egocentrism is misplaced, since all creatures, not just people have ‘mind,’ which is capable of evolving toward higher levels of consciousness. We share a quarter of our DNA, after all, with a single grain of rice, but there is something even more intelligent in our design, and many believe it permeates everything.

The Buddhists and Taoists regularly call for us to be mindful of all sentient beings, while the suppositions of panpsychism, the view that mind (psyche) is everywhere (pan), reaches back into ancient Greece and the teachings of Miletus and Plato.

Terrence McKenna supposes that the Universal psyche has been given an extra push overtime. He theorises that animals moved to grasslands as the North African jungles receded after the ice age. These animals grazed on whatever they could find, including psilocybin-containing mushrooms growing in the dung of ungulate herds. McKenna suggests that the psychedelics in the animals’ diets helped to create synesthesia, and then language, followed by additional higher-intelligence skill sets.

McKenna argues that when mushrooms disappeared from their diets another 12, 000 years later due to climate change, animals simply regressed back to less intelligent primates.

Mainstream science says that it is only subtle refinements in our brain’s architecture that allows us to be “smarter” than most other animals. While dogs can’t yet compose music, birds do it every day.

Perhaps the expression is not as complex as a violin concerto, but even the most rarefied composer has looked to nature for musical inspiration, if not immaculate intelligence.

No matter what drives our evolution though, there is clear evidence that it is changing – obviously in people – but perhaps more subtlety in animals from a number of species.

Footage of animals learning to use tools provides evidence of this evolutionary shift happening to all of us on earth, not just the human race, but there are other indications of intelligence as well. We all seem to be awakening together.

If consciousness is truly primordial and all things are just “minds in a world of mind” it would explain some of the fascinating behaviour of animals in recent times.

Researchers at Lund University in Sweden have caught New Calendonian crows carrying two items at once using a stick – a feat normally only seen in the human race. First one crow slipped a wooden stick into a metal nut and flew away, and just a few days later another crow conducted a similar behaviour, carrying a large wooden ball with a stick.

Octopuses exhibit amazing abilities, including short and long-term memory. They’ve even been known to sneak aboard fishing vessels and pry open crabs caught by fishermen – no tools needed. They are also such great escape artists, they can squeeze through openings no bigger than their eyeballs.

Scientists also have documented monkeys called Serra da Capivara capuchins making stone “tools” that bear a striking resemblance to early human implementations for digging, cutting meat, or opening nuts. The sharp rock “tools” made when the monkeys bang one rock on top of another are so similar to ancient tools made by early humans, that archeologists are having to rethink giving credit to previous human civilizations.

Chimps in Bakoun, Guinea recently stunned scientists when they were found using long twigs like fishing poles, dragging the rods in water to scoop up algae that they could then eat. The footage is an affront to the notion that people are the only intelligent creatures with an ability to consciously evolve.

Even bees are exhibiting more complex behaviour. Researchers at Queen Mary University of London (QMUL) have discovered that bumblebees can learn how to carry out complex instructions, and then pass that knowledge along to other bees in the hive.

Scientists set up an experiment with three artificial flowers containing sugar-water and attached pieces of string to each flower. They were then placed inside a clear, Plexiglas panel with just the strings poking out. Researchers were curious to see if the bees could problem-solve and get the ‘nectar’ from the fake flowers.

Amazingly, when a new group of bees was introduced to the problem, 60 percent were able to pick up the new skill simply by observing the other ‘trained’ bees access the reward.

Researchers learned that the transmission of knowledge (consciousness) does not require sophisticated cognitive abilities which only humans currently have, and that many animals may have more intelligence than we have given them credit for.

So, where do we draw the line for consciousness evolution? Do we stop at vertebrates, or primates? The nervous system of insects may not be as complex as ours, with the capability of transmuting energy through the chakras as ancient martial artists and yogis have done, but even with minds totally unlike ours, it appears that all sentient beings are indeed evolving toward a grander design and expanded intelligence.