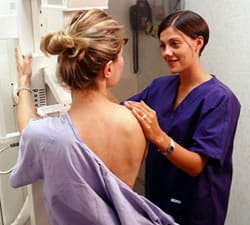 For most of the twentieth century, mastectomy was the first line treatment for Ductal Carcinoma In Situ (DCIS), and younger patients were more likely to undergo the procedure. Even after lumpectomy and radiotherapy were shown to be at least as effective for invasive cancer as mastectomy, still in 2002, 26% of DCIS patients were still receiving mastectomy.

The most common scenario today following diagnosis of DCIS is for the oncologist to recommend lumpectomy, followed by radiation and hormone suppressive therapies such as Arimidex and Tamoxifen. The problem here is that women are not being educated about the nature of DCIS or the concept of “non-progressive” breast cancers. There is still the black and white perception out there that you either have cancer, or do not have cancer.

In a poll on DCIS awareness published in 2000, 94% of women studied doubted even the possibility of non-progressive breast cancers. In other words, these women had no understanding of the nature of DCIS. And why would they? Major authorities frame DCIS as “pre-cancerous,” implying its inevitable transformation into cancer. When the standard of care for DCIS is to suggest the same types of treatment used to treat invasive cancer, very few women are provided with the information needed to make an informed decision.

Early detection through x-ray mammography has been the clarion call of Breast Cancer Awareness campaigns for a quarter of a century now. However, very little progress has been made in making the public aware about the crucial differences between non-malignant lesions/tumours and invasive or non-invasive cancers detected through this technology. When all forms of breast pathology are looked at in the aggregate, irrespective of their relative risk for harm, disease of the breast takes on the appearance of a monolithic entity that you either have, or don’t have; they call it breast cancer.

The concept of a breast cancer that has no symptoms, which cannot be diagnosed through manual palpation of the breast and does not become invasive in the vast majority of cases, might sound unbelievable to most women. However, there does exist a rather mysterious clinical anomaly known as Ductal Carcinoma In Situ (DCIS), which is, in fact, one of the most commonly diagnosed and unnecessarily treated forms of “breast cancer” today.

What women fail to understand—because their physicians do not know better or have not taken care to explain to them—is that they have a choice when diagnosed with DCIS. Rather than succumb to aggressive treatment with surgery, radiation and chemo-drugs, women can choose watchful waiting. Better yet, a radical lifestyle change can be focused on eliminating exposure to chemicals and radiation, as well as improved exercise and nutrition. This choice is not being made in most cases because the medical community is not informing their patients that there is such.

Between 30-50%of new breast cancer diagnoses obtained through x-ray mammography screenings are classified as Ductal Carcinoma In Situ (DCIS). DCIS refers to the abnormal growth of cells within the milk ducts of the breast forming a calcified lesion commonly between 1-1.5 cm in diameter, and is considered non-invasive or “stage zero breast cancer,” with some experts arguing for its complete re-classification as a non-cancerous condition.

Because DCIS is almost invariably asymptomatic and has no palpable lesions, it would not be known as a clinically relevant entity were it not for the use of x-ray diagnostic technology. Indeed, it was not until the development and widespread application of mammography in the early 1980s as the central push behind National Breast Cancer Awareness campaigns that rates of DCIS diagnosis began to expand to their present day epidemic proportions. It is no wonder, therefore, that the United States, which has one of the highest x-ray mammography rates, also has the highest level of DCIS in the world. As of January 2005, an estimated one-half million U.S. women were living with a diagnosis of DCIS.

Proponents of breast screenings claim they are saving lives through the early detection and treatment of DCIS, regarding it as a potentially life-threatening condition, indistinct from invasive cancers. They view DCIS a priori as “pre-cancerous” and argue that, because it could cause harm if left untreated it should be treated in the same aggressive manner as invasive cancer. The problem with this approach is that while the rate at which DCIS progresses to invasive cancer is still largely unknown, the weight of evidence indicates that it is significantly less than 50%—perhaps as low as 2-4%.

Indeed, the 10-year survival rates of patients with DCIS (96%-98%) post-treatment speaks volumes to the relatively benign nature of the condition. Another study found that at the 40-year follow-up period 40% of DCIS lesions still had no signs of invasiveness. Adding even more uncertainty, another study showed that coexisting DCIS independently predicts lower tumour aggressiveness in node-positive luminal breast cancer, indicating its possibly protective role.

Watchful Waiting (Around Doing Nothing of Use)

A solid argument can be made that watchful waiting is the most appropriate response to the diagnosis of DCIS, and that in many cases DCIS would be better left over-diagnosed and under-treated. As one paper discusses:

“The central harm of screening is over-diagnosis—the detection of abnormalities that meet the pathologic definition of cancer but will never progress to cause symptoms.”

A solid body of evidence has emerged suggesting that when DCIS is left undiagnosed and untreated rarely will it become malignant. DCIS was in fact poorly named from the outset, as it is does not behave like most carcinomas (cancers). Cancer, like the constellation named after it, derives from the Greek word for Crab, indicating the manner in which is expands outward in uncontrolled growth. In situ means exactly the opposite, “in place.” An unmoving cancer is therefore a contradiction in terms. These problems with classification have not gone unnoticed in the medical journals:

“Despite the presence of the word carcinoma, ductal carcinoma in situ (DCIS) is the poster child for this problem (a senior pathologist involved in developing classification systems confided to one of us that he regretted the use of the term carcinoma in DCIS). No one believes that DCIS always progresses to invasive cancer, and no one believes it never does. Although no one is sure what the probability of progression is, studies of DCIS that were missed at biopsy and the autopsy reservoir suggest that the lifetime risk of progression must be considerably less than 50%.”

The true irony here is that while participation in x-ray mammography is considered by the public a form of breast cancer prevention and “watchful waiting,” it has become—whether by design or accident—a very effective way of manufacturing breast cancer diagnoses and justifying unnecessary treatment. This is not unlike what has been seen with prostate cancer screenings that track Prostate Specific Antigen (PSA); the aggressive treatment of lesions/tumours identified through PSA markers may actually increase patient mortality relative to doing nothing at all.

Women diagnosed with DCIS are simply not given the option to decline treatment. The problem is illustrated below:

“Because the ‘best guess’ is that most DCIS won’t progress to invasive cancer, the risk of over-diagnosis would be expected to be greater than 50%. The problem with over-diagnosis is that it leads to overtreatment. Because it is impossible to determine which individuals are over-diagnosed, almost everyone gets treated as if they had invasive cancer.”

Over-diagnosis is a huge problem, discussed in greater depth here:

“Over-diagnosis plays havoc with our understanding of cancer statistics. Because over-diagnosis effectively changes a healthy person into a diseased one, it causes overestimations of the sensitivity, specificity, and positive predictive value of screening tests and the incidence of disease. As the MLP and a recent analysis of Surveillance, Epidemiology, and End Results (SEER) data illustrate, over-diagnosis also markedly increases the length of survival, regardless of whether screening or associated treatments are actually effective. However, over-diagnosis does not reduce disease-specific mortality because treating subjects with pseudo-disease does not help those who have real disease. Consequently, disease-specific mortality is the most valid end point for the evaluation of screening effectiveness.”

Ultimately DCIS over-diagnoses contribute to the appearance that conventional breast cancer screenings and treatments are more successful and less harmful than they actually are, while at the same time making the industry far more profitable than otherwise would be the case.