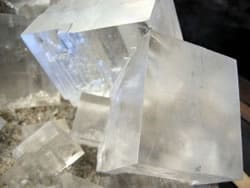 For decades Americans have been told by food and diet experts in government and the private sector that salt, more than any other substance, is harmful to our health, even more than fats, alcohol, sugars and, presumably, bad seafood. Now, however, comes new evidence that the contents of your table salt shaker are not as bad as once believed.

The Department of Agriculture’s (USDA) dietary guidelines, released in January 2011 for the first time in six years, made the recommendation to slash one’s intake of salt to no more than 2,300 milligrams daily, or about one tablespoon. The USDA further recommended that for people 51 and older, all African-Americans, and people who have hypertension, diabetes or chronic kidney disease (regardless of their age) cut their intake to about 1,500 milligrams, U.S. News and World Report said at the time.

“The focus is still on salt,” Lona Sandon, an assistant professor of clinical nutrition at the University of Texas Southwestern at Dallas and a spokeswoman for the American Dietetic Association, told the magazine. “We know that most Americans are eating two times or more of what’s recommended which is 2,300 milligrams a day for most people. We still need to reduce our daily intake.”

“We know today the average American probably consumes 3,400 milligrams of sodium, so this is a fairly significant effort on our part and it must be reflected in the decisions that food-processing companies, in particular, make over time so folk don’t necessarily reject out of hand these guidelines because the taste is so fundamentally different,” USDA administrator Tom Vilsack said.

Salt is so bad for us, the Centers for Disease Control and Prevention (CDC) has suggested that curbing salt is as important as quitting smoking.

“And yet,” writes Gary Taubes, a Robert Wood Johnson Foundation Independent Investigator in Health Policy Research and the author of Why We Get Fat in The New York Times, “this eat-less-salt argument has been surprisingly controversial – and difficult to defend. Not because the food industry opposes it, but because the actual evidence to support it has always been so weak.”

As early as 1998, when he first began researching the supposedly ill-effects of salt. Taubes said many medical journal editors and public health administrators admitted that, even after 25 years’ worth of an anti-sodium campaign, the evidence to support the claim was flimsy at best.

While the mantra has always been more salt means more medical problems, Taubes said some research published within the past few years actually indicates that eating less salt contributes to dying prematurely.

“Put simply, the possibility has been raised that if we were to eat as little salt as the USDA and the CDC recommend, we’d be harming rather than helping ourselves,” he wrote.

Why has this unproven declaration been allowed to stand for so long? Taubes said it is because, on the surface, there is much “biological plausibility” to the argument that by eating more salt, our bodies retain more water in order to keep a stable sodium concentration in our bloodstream.

That’s why eating sodium makes us thirsty; we then retain more water, which can lead to a temporary increase in blood pressure until the kidneys process it all.

“The scientific question is whether this temporary phenomenon translates to chronic problems: if we eat too much salt for years, does it raise our blood pressure, cause hypertension, then strokes, and then kill us prematurely? It makes sense, but it’s only a hypothesis,” he writes. “The reason scientists do experiments is to find out if hypotheses are true.”

The eat-less-salt recommendation, Taubes says, came from two bodies of research prior to 1972, when the National Institutes of Health (NIH) introduced the National High Blood Pressure Education Program to help prevent hypertension. No conclusive studies had been done before then, but the two bodies of research, while inconclusive, at least seemed to support the possibility that too much salt could cause health problems.

So the government’s “experts” ran with that.

Today, the government agencies primarily rely on a single 30-day study called the DASH-Sodium study, conducted in 2001. “It suggested that eating significantly less salt would modestly lower blood pressure; it said nothing about whether this would reduce hypertension, prevent heart disease or lengthen life,” Taubes says, pointing out that other analyses and meta-analyses of various salt-intake research has produced more of the same: inconclusive data.