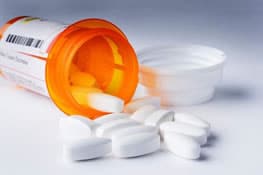 Lately, it seems that every other person suffers from one type of pain syndrome or another. And if you are one of them, it’s not only physically painful, but emotionally difficult as well.

This combination is nothing shy of disastrous to your quality of life, and it’s easy to see how this can become quite the cycle. With of course, no shortage of prescriptions drugs for all your symptoms, as well as drugs for the symptoms you haven’t experience yet!

So let’s discover how a health “condition” gets labelled as a syndrome and/or a disease.

A syndrome is basically defined as a health condition with more than one symptom; however, not yet classified as a “disease.” In other words, a syndrome is based on more than one symptom that is not directly measured and/or tangible by medical science. This is known as subjective (or anecdotal) pain, because the pain is reported by the patient, but cannot be confirmed to “really” exist via medical science.

“My back hurts”, “I have a headache”, “It feels like bugs are crawling under my skin”; they are all subjective, and usually not measurable objectively. But if you have more than one of these “symptoms”, a syndrome is born.

Diseases, on the other hand, are symptoms that can be “verified” by medical science and are no longer considered subjective; but rather considered objective. So a disease has “sound scientific substance”.

Although painfully “real” to the person experiencing these symptoms, sadly they are not viewed as a “real” physical condition per the medical definition of Evidence Based Medicine. And because of this, many of these pain syndromes were often labelled as conditions that were “all in your head”. Sadly, doctors routinely have often referred these patients out to psychiatric care.

Though most patients are no longer referred to psychiatric care these days, they are typically given pharmaceuticals that have a direct influence on the person’s emotional state. This would suggest that medical science still believes these conditions to be the manifestations of the persons mind, and not due to an actual condition.

Anti-depressants and/or anti-anxiety medication are two of the most commonly prescribed drugs in the U.S. with over 250,000,000 prescriptions written each year… and this is growing! So, it isn’t surprising they are also part of the pain syndrome treatment protocol.

But first things first. The people with these pain syndromes need something for the pain, right?

A drug gaining popularity in recent days in the treatment of chronic pain syndromes is Methadone. Methadone has been reported to be upwards to 20x stronger than both Vicodin or Percocet, which also makes Methadone a far more dangerous drug.

Prescriptions for painkillers are at an all-time high along with, and not surprisingly, deaths due to overdose from those prescription painkillers!

Tizanidine (zanaflex) is another commonly prescribed drug for nerve pain. One of its more dangerous side-effects is liver toxicity, along with dangerous potential interactions with other drugs.

And to top it all off, people suffering from pain syndromes are probably not sleeping well at night due to the… PAIN! Report this symptom to your medical doctor, and as fast as the prescription can be written, you can add yet another drug to your “treatment” arsenal! By far, prescription sleep medications are the most prescribed medication in the U.S.!

The most common advice medical doctors offer these patients is to simply learn to live with their respective syndrome(s) along with pain management (drugs). And many medical doctors, although not offering much hope for relief themselves, frequently even advise against holistic options such as chiropractic, acupuncture, and sadly, nutritional treatments.

How bleak and sad for the person already suffering!

But the questions that I don’t hear from the medical profession are: Why are these people suffering in the first place? What is the cause(s) of these symptoms?

When you look at all the chemicals we are exposed to everyday (in our food, air, and water), isn’t it only logical that there would be an impact on our health? Can we really live in a polluted environment without it affecting our nutritional status?

It is a well-documented fact that alcohol depletes the body of B vitamins and vitamin C. And what about all of the preservatives, chemicals and toxins from genetically modified foods we now consume? Do they deplete the body as well? Of course they do!

This is why I firmly believe that all syndromes and disease start from nutritional deficiencies … and I’m going to prove it!

Pain syndromes such as:

… all have studies linking these conditions to nutritional deficiencies. And there are three nutrients that are “deficiency stand-outs”: magnesium, Vitamin D, and Vitamin B12.

Interestingly, all three have been sabotaged by conventional medicine, and the result is impressively simple:

• Keep the public afraid of nutrition
• Instead give them nutrition guidelines that are useless; such as the RDI (recommended daily intake)
• Give them a pharmaceutical drug, which only exacerbates the nutritional deficiency exponentially
• And don’t forget that surgery is always another option!

Magnesium deficiency is nothing new. But sadly most people are completely unaware of it. A 2007 Study reported;

“Magnesium inadequacy affects more than half of the U.S. population and is associated with an increased risk for many age-related diseases, yet the underlying mechanisms are unknown …’

An interesting article in Life Extension magazine, 2005 said the following:

“The latest government study shows a staggering 68% of Americans do not consume the recommended daily intake of magnesium … is it any wonder that disability and death from heart attack and stroke are the nation’s leading killers?

While the government officially refuses to recognise the effects of magnesium in preventing vascular disease, the National Institutes of Health publishes the following on its website:

Magnesium is needed for more than 300 biochemical reactions in the body. It helps maintain normal muscle and nerve function, keeps heart rhythm steady, supports a healthy immune system, and keeps bones strong. Magnesium also helps regulate blood sugar levels, promotes normal blood pressure, and is known to be involved in energy metabolism and protein synthesis. There is an increased interest in the role of magnesium in preventing and managing disorders such as hypertension, cardiovascular disease, and diabetes.

The nation’s leading health agency acknowledges magnesium’s critical role in keeping us alive, yet the FDA has done everything it could to keep this low-cost mineral out of Americans’ bodies.

The article continues by adding:

“Doctors eagerly prescribe expensive patented drugs, while low-cost nutrients like magnesium remain overlooked. If the 68% of Americans who are magnesium deficient took corrective action, the need for many of these prescription drugs would be reduced.

Instead, the public is bombarded with advertisements encouraging people to ask their doctor for statin drugs such as Lipitor® and Zocor® …

… The result is that startling number of aging American suffer the lethal consequences of magnesium deficiency.”

What of other health conditions such as Myofascial Pain Syndrome?

Multiple Sclerosis has long been linked to magnesium and Vitamin D deficiency. It’s therefore no wonder that many who suffer from MS also are diagnosed with Myofascial Pain.

So, with at least 68% of the population known to be deficient, why hasn’t any effort gone into the real prevention of these diseases? Logic would suggest that we already know what the cure is… nutrition!

Restless Leg Syndrome (RLS) is a fairly new “health condition” that has gained in popularity with medical professionals. Interestingly, this new syndrome actually had a pharmaceutical drug designated to it before the syndrome was given its name!

In Medical News Today, a 2009 article estimated that RLS affects nearly 10% of the population;

‘Recent research has found that people with restless leg syndrome are deficient in the mineral magnesium.’

“The specific causes of restless legs syndrome (RLS) are not known.”

Although they later state on the same page:

“Vitamin and mineral deficiency, such as magnesium deficiency and vitamin B-12 deficiency is a possible “medical condition” linked to RLS.”

What? Is this some fancy play on words here?

Chronic fatigue syndrome gained popularity in the 1980’s. Yet even then, magnesium was recognised as a major player. A study in the Lancet 1991 found the following;

“Red cell magnesium returned to normal in all patients on magnesium but in only 1 patient on placebo. The findings show that magnesium may have a role in CFS.”

And even with studies like this one linking CFS with magnesium deficiency, the medical professional still chooses to ignore the research in lieu of pharmaceuticals.

People are in pain, real pain, and too many lives are being ruined; ruined by the pain syndrome, and ruined by the drugs themselves!

When will this stop? When will enough be enough? When will we wake up to the fact that everything in our world is severely polluted (in the name of profit) and is causing these deficiencies in our bodies? When will real nutrition be considered the first and only solution to our health problems, especially since this is what the research is proving?

Is there a reason why they want us on so many drugs? Is it more than just profits?

People every day cure their health conditions – from pain syndromes such as myofascial pain and restless legs syndromes to diseases such as multiple sclerosis (as I did!) and cancer. And they are living proof that the cure is found only through nutrition, and not via a drug!