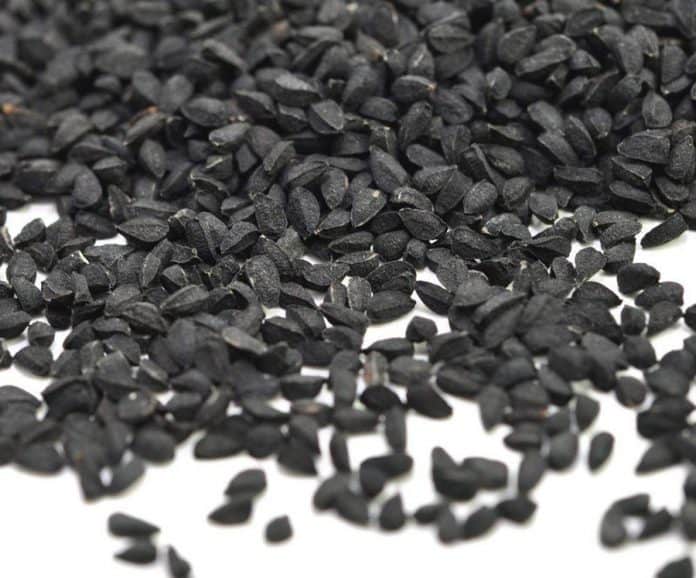 Nigella sativa seeds have been used therapeutically for many centuries. The seeds are black, an also known as black cumin, black caraway or even black seed in some places. Regardless of what name we give this plant, Nigella seeds have been used to treat numerous conditions traditionally in Ayurveda, Asian, Greek, Egyptian and Middle Eastern cultures.

Nigella sativa is a flowering plant that grows up to a foot tall. It grows throughout Asia and the Middle East and the seeds are often used in recipes as a replacement for cumin – one reason why it is also called black cumin.

A study from the UK’s University College London and Saudi Arabia’s King Abdulaziz University conducted a clinical trial on 80 asthma patients. The researchers gave 40 of the patients 500 milligrams of Nigella seed oil in capsules twice a day for four weeks. The other 40 patients were given a placebo.

A 2015 study of 70 patients with chronic dyspepsia were treated with either Nigella seed oil with honey (5 milliliters/day) or placebo for 8 weeks. The black seed group had significantly improved symptoms compared to the placebo group.

A 2010 study of 88 ulcer patients tested Nigella seed oil against triple therapy antibiotics. The eradication of H. pylori was accomplished equally between the Nigella group and the antibiotic group.

A 2016 study of 40 patients with Hashimoto’s was treated with powdered Nigella seed oil for 8 weeks or placebo. The Nigella group had significantly lower TSH (thyroid stimulating hormone and lower anti-thyroid peroxidase (anti-TPO) levels. They also had a reduction of Hashimoto’s symptoms and reduced serum VEGF concentrations.

A 2016 study of 156 women suffering from cyclic mastalgia were divided into three groups. They were treated with either N. sativa oil (topically), diclofenac or placebo. The Nigella seed oil group significantly reduced pain after one and two months among the patients. The effect of the black seed oil was similar to the effect of the topical diclofenac treatment.

Nigella seed has been tested against human cancer cells on various occasions. These have included breast cancer, cervical cancer, bone cancer and others. In most of these cases, Nigella extracts were found to inhibit the growth of cancer cells.

A 2011 study of 66 allergy patients found that Nigella seed reduced runny nose, sneezing attacks and nasal congestion after 30 days. Other studies have shown Nigella is an anti-inflammatory agent.

A 2015 study tested 84 obese women. Researchers gave 43 women 3 grams of Nigella seed oil per day and the rest were given a placebo. After eight weeks, the black seed group had significantly reduced waist circumference and lower weight. This is despite the fact that they continued to eat the same amount of calories. The black cumin group also had lower LDL levels.

A 2007 study of 23 epileptic children found that black cumin seed oil significantly reduced seizures compared to the placebo group who were also taking seizure control drugs. The treatment period was for four weeks.

In a 2013 study, Nigella seed oil or placebo was given to 48 young men between 14 and 17 years old for four weeks. They were given 500 milligrams seed extract per day. The seed group had significantly reduced anxiety levels, better moods and increased long-term free recall.

Another 2013 study tested 40 volunteers for 9 weeks with 500 mg per day. This study also found the black seed oil group had enhanced memory, attention and cognition levels.

13. Candida and other fungal infections

Several studies have shown that Nigella seed is a potent antifungal agent. Studies have shown it inhibits a variety of strains of Candida albicans. It also has been shown to inhibit other fungal infections such as toe and toenail fungus and ringworm:

Nigella seed oil has been tested against parasites including different species of Schistosoma mansoni. These also include in the different stages of growth. The research has found Nigella inhibited parasitic infections.

A 2012 study of 40 women with rheumatoid arthritis were divided into two groups. One group was given 1 gram of Nigella oil in capsules per day for one month. The others were given a placebo.

After the month, swollen joint levels decreased, and mobility increased for those given the black seed oil. RA scores were also higher among those given the herbal treatment.

Really? Nigella improves all these conditions? The reason may lie in the fact that Nigella contains numerous medicinal compounds. These include:

This array of phytochemistry adds up to only one thing: The fact that Nigella seeds are seriously medicinal.