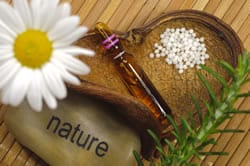 Lily was my third child. She was born in China, in the city of Jiujang, in Jiangxhi Province. She was ten months old when we travelled to get her and weighed a mere 10 pounds.

Lily was beautiful. She was more like a newborn than a one year old. She could barely hold up her head and was so accustomed to being heavily swaddled in layers of clothing that she cried when the air touched her skin the first time we carefully unwrapped her. Her tiny features were so delicate. She was as quiet as a mouse. She slept through the night without a peep. She was perfect.

Looking back, I can see that Lily was suffering from “failure to thrive,” or the lack of weight gain and physical growth that many orphans suffer when inadequately nurtured and underfed. Combine this with a challenged immune system and the trauma of leaving the familiarity of the orphanage, and you have a child who is very vulnerable.

Once home, the paediatrician suggested that Lily needed her vaccines; the Chinese records could not be trusted. Having never even questioned vaccines before, I agreed, and Lily was given her DPT, hepatitis B, polio, and the MMR. What I know now is that this amounts to eight separate disease agents at once, not to mention the additives in each injection. A chemical cocktail.

Shortly after, Lily’s leg swelled to twice the size. She became more and more agitated, crying loudly. Long woeful shrieks were coming from her and nothing soothed her. Her temperature was 103 F. and rising. She was clearly in great distress and I ran her back to the paediatrician where she was diagnosed with aseptic meningitis. This is an inflammation of the membrane covering the brain and spinal cord. She was given IV antibiotics and her fever continued to climb to about 105 F. I tried to accept the fact that she might die and spent the next forty eight hours holding her warm, limp body and praying.

Eager for validation, back I went to the paediatrician, armed with my information, certain she would agree with me for unearthing the actual cause of Lily’s illness. I was sadly mistaken. She informed me with complete confidence and authority that there was no connection whatsoever to the vaccines. Completely impossible. And furthermore, she delivered a terse lecture on the horrors of children dying from communicable diseases and how she had seen these horrors in the field. End of conversation. I was speechless.

In the months and years that followed, I underwent a total reorganisation of my belief system.

The stark realisation hit me that no one was going to look out for my kids as I do. It was up to me. The sheer responsibility felt overwhelming. But at the same time, it felt somehow empowering. I wasn’t going to trust what someone else told me without doing my own research ever again My choices eventually led me back to school where I spent four years earning a degree in homeopathic medicine. It was there that I learned more about how the healthy immune system operates.

As a parent and as a healer, I take very seriously my commitment to “do no harm.” I always try to choose the path of least risk.
Every decision we make for our children has consequences. The choice regarding whether or not to vaccinate can be a complex and difficult one for parents. The CDC has told us that “adverse events have been reported after administration of all vaccines.” Thus vaccines do carry “unavoidable risks.” My own path has led me through initially vaccinating my children, experiencing a vaccine injury with Lily, and then investigating an alternative called homeoprophylaxis.

Homeoprophylaxis has been utilised for over 200 years for epidemics as well as endemic contagious disease. The application as an alternative to the recommended immunisation schedule and has been clinically studied since 1985 by Dr. Isaac Golden, PhD of Australia. It is a concept met with skepticism by some conventional medical practitioners due to lack of understanding.

Dr. Golden is a pioneer with his emerging evidence of effectiveness, ease, and safety of the method. His work stands as the keystone to future applications of homeoprophylaxis for infectious childhood diseases.

Homeoprophylaxis is the use of diluted and potentised disease products, called “nosodes,” to elicit an immune response.

While the original intent of vaccines was similarly to provide a weakened dose of the original disease, the most obvious difference today is the purity of homeopathic nosodes compared to conventional vaccines.

Homeopathic nosodes contain no additives whatsoever. No antibiotics, no preservatives, no detergents no foreign DNA, or unknown viruses are present. The intent of homeoprophylaxis is to educate the immune system in a way that has been clinically shown to reduce the incidence of both infectious as well as chronic disease.

Dr. Golden’s work found improved long term health outcomes of using homeoprophylaxis for children instead of conventional vaccination. It seems that allowing exposure to the natural disease in energetic form carries this benefit without any of the risks.

Dr. Golden explains, “I would suggest that HP remedies stimulate the energetic immune response and this must lead to a maturing of the response in an analogous way that infection with simple diseases can help to mature the physical immune response.”
I’ve gone on to use homeoprophylaxis with my own children and countless other children whose parents are looking for a safe alternative. I’ve met with Dr Golden and others who have successfully applied homeoprophylaxis for epidemics in Australia, Cuba, South America, India and other nations. In October 2015 Dr Golden along with others from around the world will be gathering to present their findings at a conference called “Homeoprophylaxis: A Worldwide Choice for Disease Protection.”

It’s empowering to know that there are choices and ways to keep our children safe that are natural and non-toxic.

My greatest hope is that you will research homeoprophylaxis as a valid approach to keeping your children safe. Serious study will reveal its overwhelming usefulness.