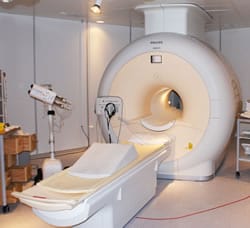 Any diagnosis of cancer can be highly traumatic. Given the conventionally held view that screen-detected, early-stage lesions or tumours will inevitably grow into invasive, lethal cancers without conventional treatment, receiving a diagnosis represents a psychic wound with adverse physiological consequences that can, in and of itself, injure the patient and reduce their chances of success in treatment.

This is all the more clear in the case of over-diagnosis, where a patient’s condition is misinterpreted to be potentially fatal, when in fact, the natural history of the lesion or tumour in question is that when left untreated it will never do harm, often producing no symptoms in the life of the patient; or, where it does produce symptoms, the patient does not experience significant disability or death before other causes intervene to take their life.

There is also the overarching reality that the health risks associated with aggressive conventional treatment of early-stage ‘cancers’ often results in the ‘solution’ being far more harmful than the condition being treated.

The very real trauma (literally “wound”) of cancer diagnosis can no longer be considered a strictly theoretical concern. A recent study published in the New England Journal of Medicine found that, based on data from more than 6 million Swedes 30 and older between 1991-2006, a positive diagnosis of cancer increased the risk of suicide by up to 16 fold and the risk of heart-related death up to 26.9 fold during the first week following diagnosis versus those who were cancer free. The association was prognosis correlated: the more severe and treatment- resistant the condition (e.g. brain cancer was highest), the higher the increase in both suicide and heart-related death.

Obviously the implications are astounding, especially considering that a misdiagnosis or over-diagnosis can have lethal consequences, putting the medical system in a position of responsibility for doing profound harm by applying screening programs to asymptomatic and otherwise healthy individuals, who are not given the opportunity of informed consent about the real risks associated with these so-called ‘preventive’ programs.

It should also be noted that there are mechanisms available to explain this disturbing association between the trauma of diagnosis and increased risk for death. We now know that the secretion of adrenaline, associated with stress and the fight-or-flight response, actually activates genetic processes within cancer cells that make them more treatment resistant.1 Stress associated excess cortisol levels will also down-regulate cancer immune-surveillence in certain individuals. In other words, this is not some ‘magical’ mind-body phenomena, rather, we now know how placebo/nocebo factors related to the latent symbolism and signification of the ritual of clinical interactions and the patient-doctor relationship gear into real physiological processes, with adverse health consequences that have been characterised down to a molecular level.

We (greenmedinfo.com) have spent significant time researching and writing on the problem of over-diagosis in the case of breast cancer, where it is now known that 1.3 million US women have been over-diagnosed for breast cancer over the past 30 years, due to misinformation-driven breast screening programs. These women, many of whom were diagnosed with ductal carcinoma in situ (DCIS), a condition now believed to be essentially benign, underwent unnecessary mastectomies, lumpectomies, radiation and chemotherapy treatments, resulting in massive psychic, financial, and health crises that should never have transpired.

Many of these women suffer from a Stockholm syndrome-like state (victim identifies with aggressor), participating in promoting unnecessary screenings and treatments to women through breast cancer-industry-funded cause-marketing campaigns as part of their ‘healing process’ — never quite appreciating the nature of their trauma, while contributing to reproducing the same violation in other women while thinking they are helping to ‘save’ lives.

The Thyroid Cancer Epidemic Is Being Caused By the Medical System

Thyroid cancer is another epidemic-level condition that participates in this truly horrific paradigm of over-diagnosis and over-treatment. A recent study published in the American Journal of Clinical Pathology entitled, “Revisiting Over-Diagnosis and Fatality in Thyroid Cancer,” reveals that between the years 1975-1999 incidences of non-fatal forms of thyroid cancer rose (mostly due to papillary carcinomas) dramatically without the concomitant expected decrease in incidences of fatal forms of thyroid cancer – a classical indication of over-diagnosis.

In other words, were these thyroid cancer screenings detecting early-stage cancers that were destined to progress to more lethal forms? The statistics show that along with a dramatically expanding rise in early state thyroid cancer detection and treatment, there is a corresponding decline in late stage, more lethal forms which indicates that like with early stage ‘breast cancer’ there is an epidemic of inappropriate thyroid cancer diagnoses and victims of iatrogenic harm associated with their ‘treatment.’

The authors of the study concluded: “The results of this study support the notion that many thyroid cancers are part of a reservoir of non-fatal tumours that are increasingly being over-detected and over-diagnosed.”

A clear perspective on the problem is available through the National Cancer Institute’s U.S. Thyroid Cancer Diagnosis and Mortality statistics from 1975-2011. In the graph below you can see that the new thyroid cancer cases have been rising on average 5.5% each year over the 2002-2011 period, with death rates actually rising on average 0.9% each year over 2001-2010. We would expect to find the opposite trend if these early diagnosed and treated cases were actually cancer.

No new risk factors, but one, can completely explain the surge of [small papillary cancer] lesions: the exponential increase in the use of diagnostic imaging
The article goes on to describe “a worldwide epidemic of thyroid cancer without a corresponding increase in thyroid cancer deaths,” and explains, “The majority of these cancers are small papillary cancers, the most indolent type of thyroid cancer, with a mortality of less than 1% after 20 years of postsurgical follow-up.” A study is referenced that “suggested that if all thyroid glands were subject to millimeter- thick cuts, the pathologist would detect minute or microscopic thyroid cancers in everyone.”

Ultimately, the condition should be redefined as benign:
Observational studies have strongly suggested that treatment does not change the indolent course of small papillary lesions, which do not evolve to cause metastatic disease or death. Owing to the excellent prognosis associated with small papillary thyroid cancers, it may be reasonable to put them in the same category as has been suggested for ductal carcinoma in situ of the breast, renaming them as papillary lesions of indolent course (PLICs)

Despite this indolent nature, the so-called ‘standard of care’ is total removal of the thyroid (thyroidectomy) for the treatment of these small papillary lesions (‘cancers’), followed by often unwarranted radiation treatment (a cancer causing treatment) and lifelong, mostly synthetic, thyroid hormone replacement, which itself may carry an increased risk of lung cancer.

This notion that many screen-detected cancers, including breast, prostate, lung and thyroid, should be entirely reclassified as benign or of exceedingly low concern, received great support last year with the publication of a National Cancer Institute commissioned expert review on the topic that we reported on in our article: “Millions Wrongly Treated for ‘Cancer,’ National Cancer Institute Panel Confirms.” The information, however, is not getting to the ‘front lines’ of this war soon enough.

The collateral damage from the 40-year declared War on Cancer is as real in terms of human suffering and wide-reaching as any major historical global military conflict, and literally depends on diagnostics and interventions gleaned from the most deadly and cruel weapons humans have created: radioisotopes (radiation therapy) and chemical weapons (chemotherapy).

The editorial on thyroid cancer over-diagnosis suggests that one way this false epidemic can be mitigated on the front end is through reducing over-testing: “Over-testing is the use of a test unlikely to produce net benefit for the patient.”

The general implications are clear. Information gleaned from modern diagnostic technologies is being misinterpreted, and in some cases misused to benefit a burgeoning biomedical industry that thrives both on the sales of expensive technologies and highly profitable treatments and follow-up care.

Clearly a more nuanced view of cancer in general needs to be instituted to protect against the possibility of mass iatrogenic collateral damage associated with over-diagnosis and subsequent over-treatment. The big ‘C’ – Cancer — is not a monolithic entity, or some irrepressible juggernaut-like force of lethality.

While there are cancers that take on aggressive, treatment-resistant forms, these are the vast minority relative to the submerged iceberg of non-lethal forms, some of which can be treated with a combination of anti-cancer foods, alternative therapies including detoxificaiton, mind-body practices and traditional plant medicine, as well as through enhancing the body’s immune-surveillance.

In some cases, such as so-called pre-cervical cancer associated with HPV infection, watchful waiting – essentially doing nothing to intervene – results in remission in the vast majority of time. Even so-called invasive breast cancer has been found to be reabsorbed by the body in some cases, according to a Lancet Oncology study. And then there is the fact that conventional cancer diagnosis and treatment methods are almost all invariably carcinogenic – an irony that cannot be over appreciated.

Should we be surprised at these results? Perhaps not so if we better understand cancer as an adaptive response to radically altered environmental conditions within the body, which include infections, suboptimal nutrition, toxic and toxicant exposures, and a wide range of incompatible or outright damaging nutritional, environmental and lifestyle changes associated with the post-industrial world.

Reducing unnecessary exposures to biomedical diagnostic technologies and highly toxic treatments should be the first step in cancer prevention and not treating the body as if it were designed to be a cancer time bomb ready to explode, rather than a miraculous self-healing meta-organism that is destroying abnormal cells on a moment to moment basis when treated in accordance with its highly intelligent design and requirements for clean food, air, water, and balance in mind, body and soul.