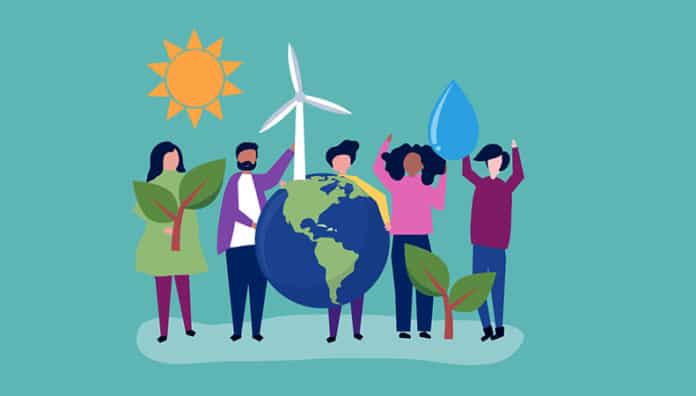 Mass suffering can make us feel helpless. Focusing on solutions, rather than emotions, may be the way out.

If you’re concerned about the humane treatment of migrants, it’s easy to feel overwhelmed. Children separated from their families., disease spreading rampant through detention facilities, people unable to shower for more than a month … and we are now also being confronted with anti-immigrant terrorism. No wonder so many of us feel we can’t process all that’s happening.

Emotionally checking out from human rights abuses doesn’t make you morally deficient. It’s a very understandable response, one probably rooted in our evolutionary past. Since we’re wired to help others in a small group context, it makes sense that we’re overwhelmed when confronted with thousands of suffering people. The more people who are in need, the less likely many of us are to want to help – a phenomenon called compassion collapse. This response doesn’t reflect active anti-immigrant hate, but rather a sense that we can’t respond effectively to such a large-scale disaster.

“One hundred thousand years ago, when we saw someone suffering, we could see it on their face, and when we stepped in to help them, we could make a difference,” says Stanford University social psychologist Jamil Zaki, author of The War for Kindness. “The challenge is how to scale ancient emotions to a global context.”

As we struggle to adapt our existing social toolkit to an escalating set of global crises, how we frame the information coming at us can determine whether we turn away or engage.

Feeling other people’s pain, researchers say, is often not enough to move us to help them, and it can even be counterproductive.

What does spur us to act is believing we can make a meaningful difference – and focusing on a concrete plan to help instead of giving negative emotions free rein.

We sometimes retreat from others’ suffering so automatically we’re not aware we’re doing it.

Ministero and her colleagues recently studied whether feeling bad for people in need makes us more likely to help them. They presented study participants with a story and photo of a child or multiple children suffering from hunger, violence, and poor living conditions. Then, they asked participants questions like, “How sympathetic do you feel?”—and also asked them if they wanted to help.

Ministero also found that when people expressed a desire to help someone in trouble, this desire (unlike people’s feelings of empathy) did not diminish as the number of victims grew larger. In fact, the desire to help grew stronger as the need for help increased.

In contrast, empathy didn’t necessarily lead to action to alleviate the suffering. Instead, too much negative feeling seemed to leave participants feeling helpless.

We tend to assume that empathy is the same thing as a desire to help, but this study showed that the two are distinct and drive us to respond to crises in completely different ways.

TIPPING THE BALANCE TOWARD HELPING

If empathy does not necessarily predict helping behaviour, what does influence us to help large numbers of suffering people, instead of just feeling bad and tuning out?

Past research by psychologist Ervin Staub suggests that when people go through hard times, they may be more motivated to help others in great peril – perhaps because intimate knowledge of such pain spurs them to action. Staub calls this response “altruism born of suffering.”

But what if we haven’t experienced something as searing as a natural disaster – or being driven from your home by violence and poverty, only to be locked in a cage by people you hoped would help?

In a recent study, Northeastern University psychologists Daniel Lim and David DeSteno investigated ways to awaken people’s desire to help even if they hadn’t been through tough times.
Like Ministero, Lim and DeSteno showed people a paragraph and photos about one suffering child or about multiple children.

They found that when participants believed in their own ability to make a true difference, they generally expressed more desire to stop larger numbers of children from suffering, even if they themselves had not suffered similarly.

In a companion study, the researchers discovered they could elicit this helpful response by telling people that test results showed they were very good at responding compassionately to those in trouble. So, while we may not be more likely to help when we feel bad for others, we are more likely to help when we trust our ability to improve a situation in a meaningful way.

“The key to reducing inefficacy and inaction might be to [take the] view that our actions to help, no matter how small, matter in the grand scheme of things,” Lim says.

In the face of human rights abuses, feeling equipped to help often involves navigating the shoals of emotion without getting sucked under. Some degree of negative emotion is inevitable when you’re confronted with thousands of people living in inhumane conditions, but instead of dwelling on your strong feelings, use them as the impetus to brainstorm solutions.

Coming up with a concrete helping strategy will help you trust your ability to make a real difference, which research suggests increases your motivation to act. Think of your negative emotions as “the spark that begins a process,” Zaki says. “‘What is a step that we can take? What is the role I can most effectively play?’ Just feeling someone’s pain might not get us to explore those options.”

Similarly, human-rights organisations can motivate people to act in a crisis by telling them exactly how a specific donation amount will be put to use, helping donors to trust that their contribution will effect real change.

Another antidote to helplessness is to practice the discipline of taking in everything that’s going on without reacting to it. “We can process more of the truth of these tragedies if we get ourselves in a position where we focus on what’s really happening,” Ministero says.

Meditating on what people are actually going through, rather than getting lost in feelings of overwhelm, allows you to absorb the true gravity of what’s taking place. Your expanded awareness of that reality can then boost your motivation to change it.

“The empathic part, the emotional part, seems to be more distressing,” Ministero says. “Our biggest hope is to really focus on the motivational piece.” One study at the University of Wisconsin-Madison found that people who took an online compassion meditation course gave more to help someone in trouble than members of a control group.

If you’re not a meditator, you can access this kind of informed detachment simply by taking the time to engage your logical mind. Our first gut response to a tragedy – the near-instantaneous burst of negative emotion – probably won’t motivate us to help. But Linköping University psychologist Daniel Västfjäll points out that overriding that gut response and considering how many people’s lives are in the balance can inspire us to concrete action.

While empathy can lead to burnout, clarifying what’s really at stake can prompt what Zaki calls “the beginning of a search process, a focus on a better world in which suffering has been alleviated.”