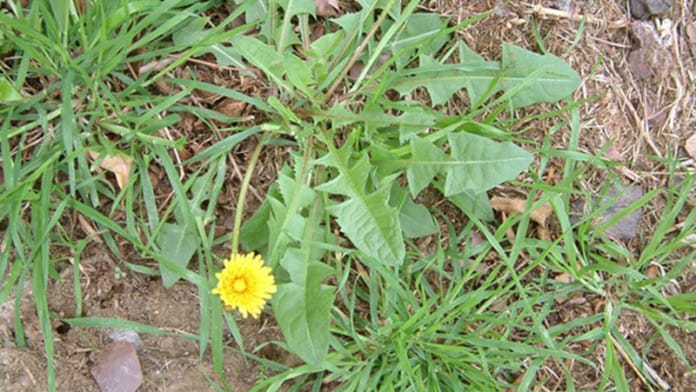 Dandelions (Taraxacum officinale) are members of the Asteraceae family, otherwise known as the daisy family, which includes sunflowers, chrysanthemums, coneflowers and artichokes. Although they have become the bane of many homeowners, it is interesting and important to notethey have been prized for their medicinal and nutritional value since ancient times.

They can be found around the world and appear to thrive nearly anywhere, including between cracks in sidewalks, in abandoned city lots and in well-manicured lawns. Something you may not know however, is that what looks like one flower at the end of the stem of a dandelion is actually hundreds of tiny flowers that are growing together on one base. The toothed edges of the leaves were the inspiration for the French name “dent de lion” or lion’s tooth.

At the end of its life, the dandelion flower produces a wispy ball of seeds that is easily carried on the slightest breeze.

In addition to improving human health, dandelions also help raise soil quality. The long tap root goes deep and can break through hard-packed soil. While growing, the roots draw up minerals, which are concentrated in the plant and are likely what give it many health benefits. Further, when the plants are left to die, their minerals are absorbed by the topsoil, improving soil quality.

Although many homeowners grab for bottles of weed killer to get rid of them, consider that they may be one of the most expensive foodstuffs you can buy. Organic dandelion coffee can sell for up to $35 a pound.

A report from the American Heart Association in 2019 found 121.5 million U.S. adults were living with some form of cardiovascular disease. This is up 35.9 million people from the 85.6 million recorded three years earlier in the 2016 update. The precipitous rise in number was in part the result of changes in the definition of high blood pressure published in 2017.

Moving the indicators down just 10 points for systolic and diastolic blood pressure from 140/90 to 130/80 increased the number of people with cardiovascular disease to nearly 48% of the population.

High blood pressure is also known as the “silent killer” as there are often no symptoms until you have a heart attack or stroke. Many of the medications used to treat high blood pressure come with a long list of side effects and risks. However, there are several natural strategies you can use to help support your cardiovascular system and consuming dandelions is one of them.

One type of medication used to support the cardiovascular system is diuretics. These are sometimes called water pills because they help the body release more salt and water into the urine. Side effects from these medications can include muscle cramps, vomiting, electrolyte imbalances and a decrease in libido.

Dandelions  have a strong diuretic activity, which may be due in part to the high potassium content in the plant. The plant can also help the body get rid of waste products, including drugs, metabolic waste and dietary toxins through the liver and kidneys.

Additionally, a scientific review of the literature revealed that extracts from the dandelion root demonstrated antiplatelet activity in the lab setting. This helps to inhibit the adhesion of platelets on the endothelial walls and reduce the potential for plaque formation.

It is important to note that if you are on blood thinners, taking medication to treat diabetes or have any other health condition where taking a diuretic could present a problem, you should not include the dandelion plant in your daily regimen.

Evidence also points to the hepatoprotective effects of dandelion compounds. This is important in the face of the rising number of people with non-alcoholic fatty liver disease (NAFLD). This is a condition in which excess fat in the liver makes it more difficult for the liver to function (currently affecting up to 25% of the U.S. population.)

The excess fat build-up is not caused by alcohol but, rather, is associated with the adoption of a sedentary lifestyle and poor dietary practices. One study evaluated the effectiveness of using dandelion in patients with a history of high blood pressure and concurrent chronic liver injury. In addition to conventional drugs, the patients received a dandelion decoction twice a day over five months.

The researchers evaluated blood pressure levels, liver enzymes and other parameters. The results demonstrated a mild reduction in blood pressure and additional hepatoprotective properties including enhancement of regenerative capabilities in the liver. During the trial, 93.8% of those taking the intervention had maintained blood pressure lower than 140/90.

A second animal study evaluated the hepatoprotective effects of a dandelion root extract and compared that against treatment with silymarin. The animals were administered the interventions for seven days after chronic liver failure was induced. The researchers then measured liver and kidney parameters and oxidative stress markers.

The data demonstrated that the dandelion root extract helped to lower tests that demonstrated liver and kidney injury, as well as improve triglyceride levels and oxidative stress tests. The researchers concluded that the extract had a “hepatoprotective effect and reduces renal dysfunction. These effects were correlated with the antioxidant activity and systemic oxidative stress reduction.”

Diabetes is a metabolic condition with insulin resistance as its hallmark symptom. According to the American Diabetes Association, in 2018 there were 34.2 million Americans who had the condition. Of these, it was estimated that 7.3 million were undiagnosed. Each year, 1.5 million people in the U.S. are diagnosed with diabetes.

There are several health complications associated with diabetes, including glaucoma, peripheral neuropathy, kidney disease, cardiovascular disease and high blood pressure. In addition to having an effect on your cardiovascular system and blood pressure, dandelion plants can also help manage blood sugar.

A 2021 study published in Food Chemistry found flavonoids from the dandelion plant could inhibit pancreatic alpha amylase in a non-competitive manner. Pancreatic alpha amylase is manufactured in the pancreas and used in the initial step of carbohydrate metabolism to produce glucose. This function has made it a target in the research for treatments of Type 2 diabetes, and is likely one of the mechanisms that make dandelion compounds antidiabetic.

In some countries, dandelions are used for blood sugar control. Much of the initial research into dandelions has demonstrated promising results against Type 2 diabetes. However, further work, such as that published in Food Chemistry, is needed to determine the exact cellular impact and identify the active components within the plant.

During the Autumn months, the dandelion plant becomes higher in inulin. This is a dietary fibre that acts as a prebiotic to nourish beneficial gut bacteria and may help control blood sugar.

In one study, participants with pre-diabetes took an inulin supplement for 18 weeks. The group taking inulin lost weight and liver fat. Researchers believe by promoting weight loss and reducing hepatocellular and muscle fat, the inulin had a positive impact on fasting blood sugar measurements.

Many of the health benefits attributed to dandelion leaves, flowers and roots are likely the result of the high nutritional content of the plant. An analysis of dandelion extract shows appreciable concentrations of vitamins A, B complex, C and E.

One cup of chopped dandelion leaves has 24.7 calories, 535% of your daily recommended amount of vitamin K and 112% of vitamin A. The plant is also high in calcium, iron, manganese and choline. The plant is rich in phytochemicals, which may account for the description as a “nontoxic herb with exceptional biological activity.”

Dandelion extract also demonstrates broad-spectrum activity against a variety of pathogenic fungi and bacteria tested in the lab. There has been considerable interest in analysing natural antimicrobial agents in the face of multiple drug-resistant pathogenic organisms that have developed in the past 10 years in response to the indiscriminate use of antibiotics.

Dandelion extract is one of those natural remedies that has demonstrated effective antimicrobial properties. The plant is also rich in antioxidants, which may be one of the reasons it has such broad applications for health and wellness. It’s also rich in beta-carotene and polyphenols, which are found in the greatest concentration in the flower.

Many of these vitamins and antioxidants play a role in protecting your skin against damage. It has been used in folk medicine for boils, sore throats and fever. In one study, dandelion leaf and flower extracts were applied just prior to or immediately after being exposed to UVB radiation, and demonstrated the ability to protect the skin from sun damage.

How to Use Dandelions at Home

If you are on medication, work with your health care provider to add dandelion to your health regimen as it may change your medication requirements. If you’re foraging for dandelions, be sure you are looking in areas that have not been sprayed with pesticides.

It is best to avoid roadsides, railroad areas and agricultural areas as these have likely been sprayed with herbicides and pesticides that can make you sick. It is also important to note that there are many look-alike plants with similar leaves. Be sure you’re picking dandelion leaves, which are hairless and toothed.

Dandelion flowers taste best before they’ve opened. You can pick them right off the stem, remove the base petals and pop them in a salad. Dandelion leaves have the best taste in spring and early summer and are paired well in a salad.

However, the older leaves can also be steamed and added to stir fry or soups. The heating process can reduce the bitter flavour. Dandelion tea and coffee are a relaxing way of enjoying the health benefits. Tea can be made with a fresh or dried root or the flowers of the plant and coffee is made by drying the root and grinding it into a powder.