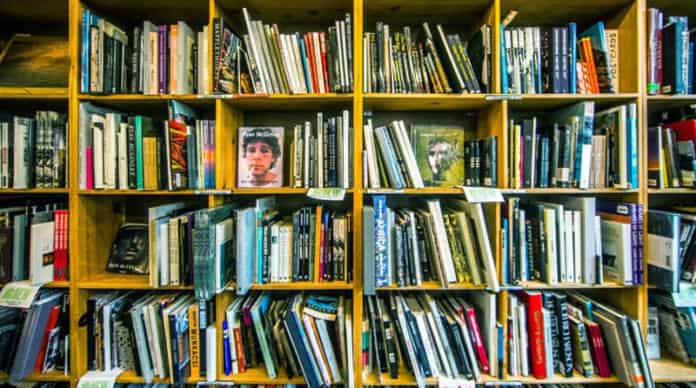 While youth is often a time of great promise and achievement, a life well lived can also be filled with any number of next chapters and second—or even third—acts that add depth, nuance, and meaning to our stories.

At 65 years old, Somerset (UK) native Carole-Ann Warburton experienced a plot twist that led to the fulfilment of a long-cherished dream she’d never even spoken of aloud.

After a debilitating illness incapacitated her, Warburton was left with the question of what to do going forward. During her convalescence, her daughter brought around some real estate listings for the sort of homes in which she thought her Mum might best spend her golden years. Coincidentally, amongst the notices was an offering for a small barbershop with an above-stairs apartment.

For Warburton, although she admits “the place was awful,” it was love at first sight – and the perfect opportunity to do something she’d yearned to do for almost as long as she could remember – work in a bookshop.

Less than three months after coming to her decision, Warburton had handed in her retirement notice, sold her house, bought the store, and—using a personal inventory totalling between 8,000 to 9,000 titles—she launched her new venture, The Book Rest.

Warburton has been an avid book collector since she was a child. As an adult, she married a man with a similar avocation. The four-bedroom home she and her ex-husband shared with their children (much to their dismay) was “chock-a-block” with books.Warburton admits learning to let go of her beloved tomes was a bit of an adjustment, but one she feels the better for making.

“It still feels, when a special book goes out, like a bit of a loss—as if some little part of me has been taken away,” she said in a recent interview. “And then I make common sense come back to me and say, ‘Let someone else learn from it.’ It’s a growing up, if you like, an acceptance.”

A decade on, The Book Rest recently celebrated its 10th anniversary. Although the pandemic has slowed foot traffic, since Warburton’s driving motive isn’t monetary profit, but rather, something of a deeper, more idiosyncratic personal value, she has no plans to close up shop.

Having achieved her own dream, Warburton sees every day in the bookstore as an opportunity to help others realise their dreams as well.

“All the dreams are in the books,” she says. “They are all there waiting to be picked up… Someone can walk in tomorrow and say, ‘I have been looking for that for an awfully long time!”

And as gatekeeper to her own small universe of literary wonders, Warburton says she plans to stay around as long as she can to ensure that they do.
www.goodnewsnetwork.org