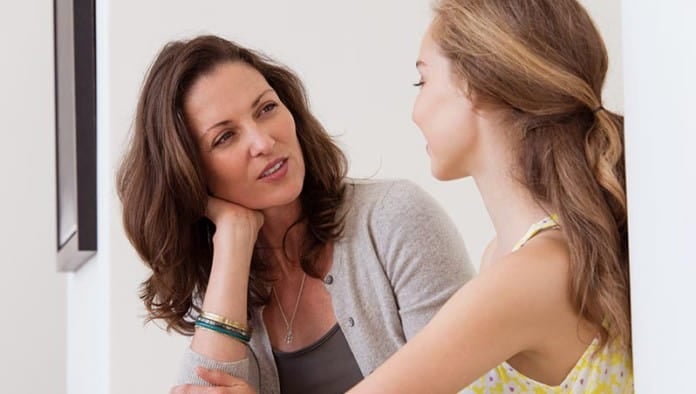 If you’ve found yourself feeling like you don’t understand your kids more and more recently, it goes both ways. As children navigate circumstances much different from their own parent’s upbringing in areas like social media, sexuality, and workloads, it’s not uncommon for them to say they consistently feel misunderstood by their parents. This disconnection also contributes to children feeling more anxious and stressed in school, and more lonely and misunderstood overall.

It’s a scenario that Rebecca Marsh witnessed often within her community at United Schools of Indianapolis.

“Parents in the school would tell me that they were not raised to talk about their feelings, and developing character was never discussed,” she says. Because of that, they often feel as though they are struggling to do what’s best for their children, themselves, and those around them.

While the schools made efforts to teach character development and mindfulness to students through social-emotional learning, it wasn’t as beneficial as it could have been because students were going home to parents who didn’t understand the practices or concepts themselves.

MalatiKalmadi of the Kaveri Group of Institutes witnessed similar issues within her schools and community in Pune, India. The result was a lack of openness, connection, and dialogue between parents and their children, as well as with teachers.

With funding from the GGSC’s Raising Caring, Courageous Kids initiative, both of these organisations addressed this challenge by creating programs where parents and children learned together.

This equipped parents with new skills and tools to help their children grow into mindful, caring adults. It also assisted the parents in practising empathy, which led to a deeper connection between children, teachers, and the community and boosted their confidence.

Together, these programs illustrate just how important it is for parents to get involved in their children’s social and emotional growth.

Bringing Parents And Kids Together

“For the last 20 to 30 years, the social-emotional learning movement in the US has focused exclusively on children,” says Robert Roeser, professor of human development and family studies at Pennsylvania State University and scientific advisor to Kaveri’s Mindful Parenting Program. “We also need to think about building those competencies in adults.”

Yet it’s a tall order to encourage introspection and self-awareness in parents that would translate to their children and in the school, considering the often-demanding schedules of parents. However both programs were able to yield high parent engagement by ensuring the program materials were accessible, easy to digest, and relatable for parents regardless of their background.

In Marsh’s Social and Emotional Learning Parent Workshop series, parents were paired with mentors and attended in-person parenting workshops about character strengths like gratitude, forgiveness, purpose, and compassion, as well as parent-child group sessions that made space for families to discuss applying what they learned.

For example, when emphasising the character strength of gratitude, parents were given gratitude journals to write down grateful moments, as well as the chance to create a family manifesto to use as a reminder of their personal and familial values.

To better understand the burden of a grudge, participants wrote a grudge on a large rock, carried it around in a backpack for a day, and then dropped it in a trash can to symbolically let go of the grudge.

Meanwhile, they decorated boxes and used them as a symbolic gesture of forgiveness by placing situations in the box that they had forgiven.

At the conclusion of the program, a survey revealed that 91% of participants saw the benefit and need for it.

One of the biggest takeaways from the program was the parents’ realisation that their children have thoughts, perspectives, and opinions of their own that are worth expressing, and how to actively listen to them. Their ability to be engaged when listening opened lines of communication, and assisted both parents and children in feeling more secure with their growth.

Meanwhile, MalatiKalmadi and JyotiKumta created the Mindful Parenting Program in India that was designed to help parents foster character strengths like forgiveness, mindfulness, generosity, and gratitude in themselves and their children, thereby fostering a compassionate community.

The Mindful Parenting Program consists of 10 sessions and two weekend camps for parents and children, to not put the burden of finding child care on parents. With the goal of cultivating self-awareness, volunteerism, and open dialogue between parents, children, and their teachers, each session included a quiet moment of reflection or meditation, sharing personal experiences within the group, and lessons from an expert.

One of the most successful segments of the program was the 21-day kindness challenge facilitated through WhatsApp, in which participants engaged in a series of activities and discussed their experiences with other parents in the group. Some of the activities included giving away something dear to you, making a thank you card for someone in the family, and teaching someone something new.

Learning these skills translated into more positive interactions between parents, teachers, and children. And being involved in the program led parents to be more involved in the schools, said Kumta.

“Not only did more parents volunteer to substitute classes when a teacher was absent, but communication between parents and teachers improved, as both were better able to extend empathy to each other.”

Both programs were hopeful that their methods would lend to creating more sound relationships between parents and children. This is especially useful during a time when current events have become so polarising and pandemic stress is high.

Research suggests that there are many ways for parents to get involved in their children’s character development, and one of the most important things we can do is to model behaviour. This not only inspires kids, but can also deepen relationships with them and improve wellbeing even beyond the parenting role.

For example, research suggests that self-compassion goes hand-in-hand with balanced and calmer parenting.

When parents practise self-compassion, they’re better able to be gentle with themselves and feel more connected with others, as opposed to feeling isolated.

This enables them to better handle difficult situations, such as divorce and other traumas, and feel less stress. That ability to be mindful and kind to themselves is then extended to the children, as they learn by example and get the benefit of a more relaxed and engaged parent.

When self-compassion is coupled with mindfulness, parents have the unique ability to manage their emotions in even chaotic situations. A study that examined the thoughts and behaviour of 62 mothers found those who were able to recognise their less-than-ideal parenting experiences as challenges and not failures were more likely to have a healthy mindset and better relationship with their children.

Another resource for difficult parenting situations is having a sense of purpose.

Research suggests that fathers who have a sense of purpose make healthier decisions for themselves, practise better daily habits, and are happier. While determining your purpose as a parent is a deep question, it’s beneficial for the entire family.

Children can see that you are working for something bigger than yourself, and see the strength that stems from using your voice for a purpose.

While there are many different ways for parents to foster gratitude in children, it’s clear that the more children are exposed to it, the more they are able to improve their outlook on life.

One year later, the programs at the United Schools of Indianapolis and the Kaveri Group of Institutes have had lasting effects on their participants. According to Marsh, Kalmaldi, and Kumta, parents have reported the continued effort to practice active listening, mindfulness, and open communication to strengthen connections with their children. Some have even sought out therapy for themselves to further extend their ability to understand and focus on their personal growth.

If more schools employ mindfulness workshops and social-emotional learning programs that highlight character strengths for parents as well as students, the compassionate and open relationships that these parents, children, and teachers cultivated could become more common.

But it must be done in a way that doesn’t blame, shame, or isolate parents in the process, suggests Roeser.

“We have to feel safe and then we can venture out into learning new things. But if we’re not feeling seen or heard, we may not feel very confident to do that or receptive to the idea,” says Roeser.

“This kind of programming acts as self-development for the parents, as well as something meaningful to do with their children,” says Melinda Bier, codirector for the Center for Character & Citizenship at the University of Missouri–St. Louis and advisor for the parenting program at the United Schools of Indianapolis. “It gives the parents a chance to learn better skills in a non-threatening way, and that positive work spills over professionally and in other scenarios.”

“These programs are valuable and have positive outcomes. It definitely connects parents and schools in a meaningful way so that students and the community can thrive,” says Bier.
www.greatergood.berkeley.edu