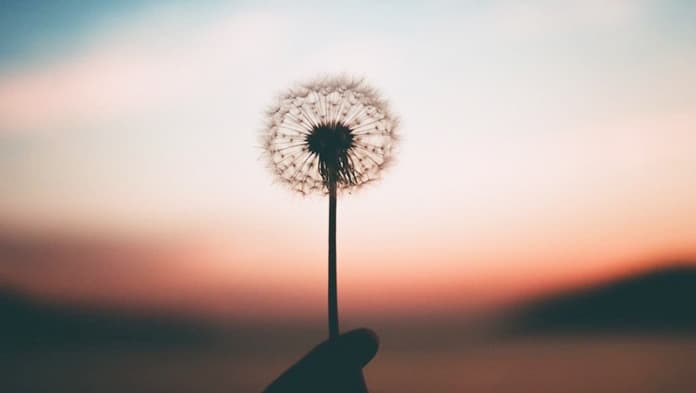 In the first half of 2021, the Pew Research Center surveyed almost 20,000 people in 17 countries. Their question was simple: “What aspects of your life do you currently find meaningful, fulfilling, or satisfying?”

Each of these advanced economies, including Canada, France, Greece, Japan, Australia, New Zealand, South Korea, and Taiwan, was having a different experience at the time. Some were ravaged by COVID-19 and some had very low case counts; many were in economic doldrums, while others were doing fine. In some of these countries, people travelled freely; in others, like Australia and New Zealand, movement was severely curtailed. And, of course, each country has a different culture and history, often encompassing many regional or minority traditions, values, and dialects.

Coders analysed people’s open-ended responses for themes, which were separated into categories like family, friends, institutions, work, hobbies, and pets. In some ways, the overall results weren’t surprising. “Family is pre-eminent for most of the public, but work, material wellbeing, and health also play a key role” in people’s sense of meaning, write the researchers in their report. Indeed, people ranked family as their main source of meaning in 14 out of the 17 countries.

But what about those other three? The report gets interesting when we drill down into the results, to discover how varied meaning seems to be among human beings. While the findings suggest that there is no single “truth” for all people everywhere, they do reveal what we have in common, and how where we live might shape our search for meaning in life.

1. Some places embrace many sources of meaning, but some don’t

Since a lot of the questions were open-ended, people could answer in many different ways. For example, people in some countries tended to choose only one or two sources of meaning. In South Korea, a stunning 63% attributed meaning to only one thing – often material wellbeing – and a majority of Japanese also focused on one thing, usually either family or material wellbeing. In contrast, only a quarter of Americans and Australians mentioned only one source of meaning in their lives. In the United States, family, friends, and material wellbeing topped the list.

Despite this diversity, however, there was a common thread running through multiple domains of meaning: connection to others.

People around the world feel that family, romantic partners, friends, community, and pets can all make life more meaningful – an insight that confirms decades of scientific studies into the roots of wellbeing.

2. Religion was almost never a source of meaning – except in the United States

“Outside of the U.S., religion was never one of the top 10 sources of meaning cited, and no more than 5% of any non-American public mentioned it,” write the researchers. “In the U.S., however, 15% mention religion or God as a source of meaning, making it the fifth most mentioned topic.”

Evangelical Protestants were the group most likely to look to religion to make their lives meaningful, often it seems, because church provides a pathway to social connection. “My husband just died, so life is not very fulfilling right now,” wrote one respondent. “The support of family and friends, church, and my co-workers helped me find meaning, as well as thinking about the good things we shared.”

No more than 1% of adults in France, Sweden, Belgium, South Korea, and Japan mentioned religion as a source of meaning. In those places and others, people were much more likely to turn to nature as a source of awe and meaning.

“We live in a country which has natural beauty and has a great deal of respect for nature which in turn helps us get a better connection to the country,” said an 18 year old in New Zealand, the country where people ranked nature most highly. “I like going outside, going for a run every day, and seeing blue skies, forests and wonderful people. It has a positive impact on my mental health.”

3. Jobs were never a top source of meaning, but they usually ranked second or third

In no country did a substantial number of people claim their paying work was the primary source of meaning in their lives, but that doesn’t mean jobs were meaningless. They were among the top three sources in 12 of the countries surveyed. Work was most meaningful in Italy, mentioned by 43% of people, compared to the low of 6% in South Korea.

On average, the people most likely to find meaning in work were those under 50, as well as people with higher incomes and education. “The most important thing for me is work,” said one 25 year old in the Netherlands. “I think it is very important to build my career, to build my life, so that I’m doing better and better.”

However, people in many countries put the emphasis on material wellbeing, rather than work. Indeed, it was one of the top five sources of meaning in nearly every country.

In other words, people preferred to work in order to live, not the other way around, and derived fulfilment from daily life outside of work.

This was most pronounced in South Korea, where paying work was rarely mentioned but material comfort was ranked as the number one source of meaning in life.

“I work and lead a comfortable life in these hard times without any major worries,” explained one South Korean woman. A woman in Belgium put it this way: “Although I don’t have that much money, it’s enough to live decently. I don’t need to be rich to be happy. I know that one needs money to live, but should not live for money.”

Beyond work and material wellbeing, people often found meaning in things they did, like hobbies, sports, travel, learning, and community service.

4. In many places, people found meaning in society and institutions, especially if their country responded well to COVID-19

Society and institutions all ranked among the top 10 sources of meaning in every country.

People found meaning and satisfaction in the availability of social services and health care, a good economy, public safety, public transport, and a good education system.

This seemed to be especially true in Asia, where for example, 38% of Taiwanese and a quarter of Singaporeans mentioned society and institutions as a source of meaning. It was the top source of meaning in Taiwan, above family, occupation, and material wellbeing.

Why? Taiwanese emphasised the ease of living on the island: “Food, clothing, housing, and transportation are all convenient. Life is safe and tranquil,” said one woman. “There are many convenient stores in Taiwan,” said another. “The public health insurance system is good; medical service is convenient.” They were also happy with their country’s political system. One woman said that she is “fortunate to live in Taiwan, especially with respect to public health, democracy, and the rule of law and human rights, because it is very free.”

Around the world, in places with an effective response to the COVID-19 pandemic, people seemed to look to their governments and fellow citizens for meaning. In many Asian countries and in Australia and New Zealand, survey participants praised how well their governments handled the crisis, in stark contrast to other places, like the United States.

In some places, the pandemic simply helped people to see how important society and social contact were to them. “I find it remarkable how the COVID crisis affected our behaviour,” said one German man. “I, for one, appreciate very much personal contact with those around me.”

5. Hardships like COVID-19 can make life more meaningful, but only to a point

Things that are meaningful don’t always make us happy. When survey participants talked about family, society, or institutions as sources of meaning, they weren’t always positive, and hardships like economic distress or the pandemic were often mentioned as meaningful events. But challenges and difficulties can also interfere with our search for fulfilment; a median of 10% of people across all 17 societies mentioned examples of this.

Responses to COVID-19 were especially complex. “In fact, how a topic like COVID-19 comes up – or doesn’t – highlights where the commonalities end and the differences between these 17 advanced economies emerge,” write the authors of the report. A median of 65% said that the coronavirus changed their lives “a great deal” or “a fair amount,” ranging from a low of 33% in New Zealand to a high of 87% in South Korea.

Around the world, people under 30 were most likely to say that the pandemic changed their lives.

While some people felt that the pandemic made their lives meaningless, others saw it as an invitation to reflect on their lives and the importance of social connections, government, and a strong, cohesive society.

“I had COVID and it was the scariest thing and it really changed my outlook on life,” said one American woman. Here’s a Dutch man describing how COVID-19 imbued simple health-maintenance routines with meaning:

What I find important for a fulfilling life are things like: to do sport, meaning active exercise two to three times a week; to eat a varied diet . . . now in this pandemic, you still have to make sure that you get enough exercise and try to bring structure into your life by making day or week schedules.

Through these results, a formula emerges for a more meaningful life: Stay connected with other people, and try to find the meaning in the things you do in daily life, like working, exercising, and volunteering. When hardship hits, look to something bigger than yourself – such as society, nature, or spirituality – for help and inspiration. People around the world find meaning in many different places. The trick is for you to discover where your own meaning lies.