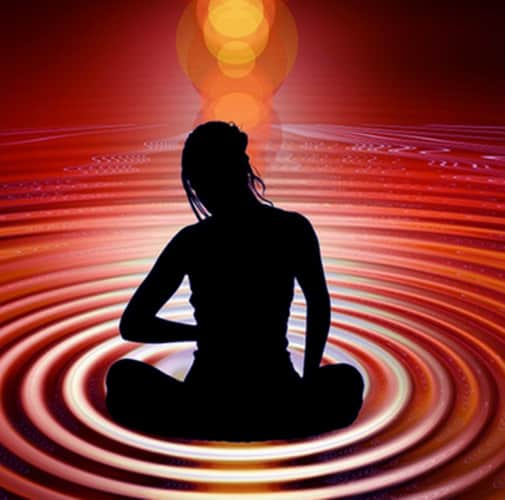 Along with first responders, healthcare workers in pulmonary and critical care have borne the brunt of the COVID-19 pandemic, and it’s not surprising that a large proportion have suffered from burnout, a syndrome characterised by chronic workplace stress, emotional exhaustion, cynicism about the job, and a reduced sense of personal accomplishment.

“Prior to the pandemic, 50% of providers reported burnout, and that, of course, has been exacerbated, with recent surveys showing up to 80% of healthcare workers reporting burnout,” said Sangeeta Joshi, MD, from the Division of Pulmonary, Allergy and Critical Care Medicine at Duke University in Durham, North Carolina.

In a randomised clinical trial, Joshi and colleagues showed that transcendental meditation (TM) can significantly improve burnout symptoms of emotional exhaustion, anxiety, and insomnia compared with other interventions, albeit without significant improvement in acute psychological distress.

TM, popularised in the 1960s by the Beatles and their guru, Maharishi Mahesh Yogi, is a non-pharmacological mind-body intervention that has been shown to reduce sympathetic arousal and to promote a state of relaxation, Joshi said.

Although the mechanism of action is not fully understood, proposed explanations for its efficacy include increased alpha coherence, as seen on electroencephalography, and and an increase in blood flow to the prefrontal cortex, as visualized on functional MRI.

TM has been shown to be effective for reducing symptoms of post-traumatic stress disorder in veterans and for reducing stress and burnout symptoms in teachers, Joshi noted.

To see whether TM could make a difference for healthcare providers, Joshi and colleagues screened candidates for burnout with the single-item Columbia-Suicide Severity Rating Scale and digital autonomic reactivity, a measure of the depth of physiologic stimulus.

Their study included 80 eligible participants, who were randomly assigned to receive either TM or treatment as usual. The participaants who received the intervention were assigned to attend four TM instruction sessions over 4 consecutive days, followed by four virtual follow-up sessions over the 3-month period. The investigators hypothesised that these participants would have significant improvements in symptoms of burnout over baseline compared with those assigned to standard treatments. Participants who underwent the intervention were encouraged to perform TM at home for 20 minutes twice each day.

At 3 months, there were significant improvements over baseline in the TM group compared with the treatment-as-usual group for the MBI emotional exhaustion item (P = .005), insomnia (P = .029), and anxiety (P = .010). There was a trend toward significance on the PHQ-9 (P = .057), but no significant difference in the Global Severity Index (the total score of BSI items).

There were improvements in both study arms in both the MBI professional accomplishment item and in the CD-RISC scale, but the between-group differences were not significant.

The results show that “TM is a feasible, efficacious intervention in healthcare workers, especially during a pandemic,” Joshi said.

Future studies of TM in this setting should expand the number of participants and recruitment sites in order to detect statistically significant changes in the numerical scales, she said.

“These results are really encouraging,” commented Seppo Rinne, MD, PhD, assistant professor of medicine at Boston University School of Medicine, in Massachusetts, who co-moderated the oral abstract session in which the data were presented but was not involved in the study.

Commenting on the fact that TM is not more widely offered as part of a package of services for treating employees with symptoms of burnout, he noted that “in the burnout literature, we have a tendency to dichotomise these individual vs organiaational interventions, and the reality is that they are probably more integrated, and it’s not really helpful for us to think about these as totally separate.

“We need organisational interventions that support individual wellness,” he said.