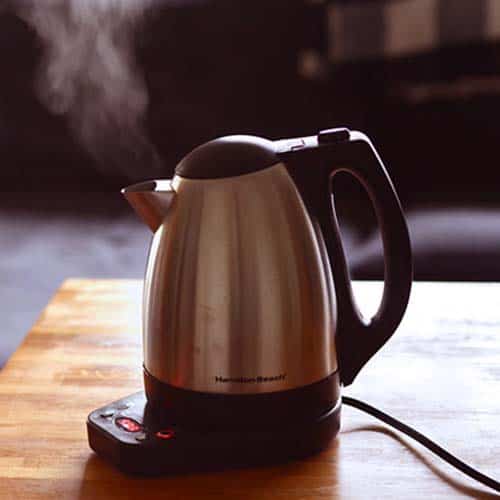 Some materials are capable of producing power as they radiate heat back into the cold night sky. A team of engineers in Australia has now demonstrated this theory in action, using the kind of technology commonly found in night-vision goggles to generate power.

So far, the prototype only generates a small amount of power, and is probably unlikely to become a competitive source of renewable power on its own – but coupled with existing photovoltaics technology, it could harness the small amount of energy provided by solar cells cooling after a long, hot day’s work.

“Photovoltaics, the direct conversion of sunlight into electricity, is an artificial process that humans have developed in order to convert the solar energy into power,” says Phoebe Pearce, a physicist from the University of New South Wales.

“In that sense, the thermoradiative process is similar; we are diverting energy flowing in the infrared from a warm Earth into the cold Universe.”

By setting atoms in any material jiggling with heat, you’re forcing their electrons to generate low-energy ripples of electromagnetic radiation in the form of infrared light.

As lackluster as this electron-shimmy might be, it still has the potential to kick off a slow current of electricity. All that’s needed is a one-way electron traffic signal called a diode.

Made of the right combination of elements, a diode can shuffle electrons down the street as it slowly loses its heat to a cooler environment.

In this case, the diode is made of mercury cadmium telluride (MCT). Already used in devices that detect infrared light, MCT’s ability to absorb mid-and long-range infrared light and turn it into a current is well understood.

What hasn’t been entirely clear is how this particular trick might be used efficiently as an actual power source.

Warmed to around 20 degrees Celsius (nearly 70 degrees Fahrenheit), one of the tested MCT photovoltaic detectors generated a power density of 2.26 milliwatts per square metre.

Granted, it’s not exactly enough to boil a jug of water for your morning coffee. You’d probably need enough MCT panels to cover a few city blocks for that small task.

But that’s not really the point, either, given it’s still very early days in the field, and there’s potential for the technology to develop significantly further in the future.

“Right now, the demonstration we have with the thermoradiative diode is relatively very low power. One of the challenges was actually detecting it,” says the study’s lead researcher, Ned Ekins-Daukes.

“But the theory is its possible for this technology to ultimately produce about 1/10th of the power of a solar cell.”

At those kinds of efficiencies, it might be worth the effort weaving MCT diodes into more typical photovoltaic networks so that they continue to top up batteries long after the Sun sets.

To be clear, the idea of using the planet’s cooling as a source of low-energy radiation is one engineers have been entertaining for a while now. Different methods have seen different results, all with their own costs and benefits.

Yet by testing the limits of each, and fine-tuning their abilities to soak up more of the infrared bandwidth, we can come up with a suite of technologies capable of wringing every drop of power out of just about any kind of waste heat.

“Down the line, this technology could potentially harvest that energy and remove the need for batteries in certain devices – or help to recharge them,” says Ekins-Daukes.

“That isn’t something where conventional solar power would necessarily be a viable option.”

This research was published in ACS Photonics.